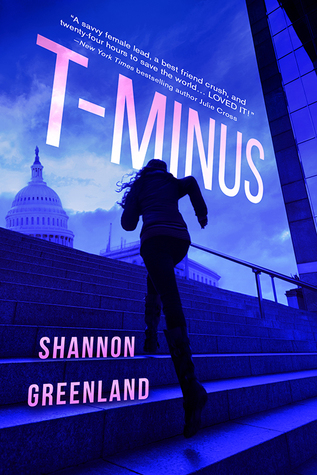 A terror with no answer needs a girl with no limits.

I am the daughter of the first female POTUS, and today is about to become the longest day of my life…

24 hours—that’s how much time I have to save my mother before terrorists assassinate her. But now my father and brother are missing, too. This goes deeper than anyone thinks. Only someone on the inside would know how to pull this off—how to make the entire First Family disappear.

I can’t trust anyone, so it’s up to me to uncover the conspiracy and stop these madmen. Because little do they know, they picked the wrong person to terrorize.

My name is Sophie Washington, and I will not be a victim. No one, I repeat no one, is taking me or my family down. But the clock is ticking…

Once I got past the rather eyebrow-raising premise of this book and let myself go with the flow, so to speak, I had a good time watching Sophie fight back when the unthinkable happens to her family. What makes her story so intriguing is that her family is the First Family, not your everyday family in the local neighborhood. To say the stakes are much higher is not an overstatement.

Mind you, Sophie isn’t entirely alone in her fight against whoever the bad guys are. In fact, a strong and very appealing element here is the connections among Sophie’s friends and, of course, her family. Trust is in short supply among the people who are supposed to protect her family but she reaches out to the teens in a special training program that she believes she can count on.

As you might expect in an action adventure tale, the potential outcome is high risk as is the level of tension and the pace is unrelenting. Occasional flashbacks gave me a few moments to calm down just a little and I appreciated that although perhaps they occurred a little too frequently. There are plenty of false leads and red herrings along the way but I have to say the ending held some surprises (that’s a good thing) as well as satisfaction,

With today’s attention to domestic terrorism, this story packs an especially vivid wallop, whether it’s realistic or not. Sure, an attack of this type on the president and her family is less likely than an attack on a school or food festival but the point is that literally nothing is beyond possibility when extremists have an agenda. Frightening stuff, indeed. 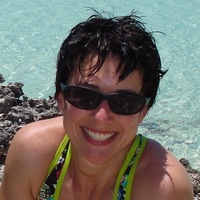 Things you should know about me: I write novels! Some have won awards. Others have been bestsellers. Under Shannon Greenland (my real name) you’ll find spies, adventure, and romantic suspense. Under S. E. Green (my pen) you’ll find dark and gritty fiction about serial killers, cults, secret societies that do bad things, and whatever else my twisted brain deems to dream up. I’m on Instagram, Twitter, and Facebook. I also have a website and a very non-annoying newsletter where you can keep up to date with new releases, free stuff, and my mild ramblings about my travels. I have a very old and grouchy dog. But I love him. My humor runs dark and so don’t be offended by something off I might say. I mean no harm. I live in a small Florida beach town, but I’m most often found exploring the world. I eat entirely too many chips. I also love math!