Often, writers are told to write what they know. One question I’m often asked—aside from the “how did you begin writing” kind—is “are there elements from your personal life in your book?”

*raising hand* Yes. I’ve passed on a few things to my heroine, Hattie Cooks. For example, I love handbags and so does my heroine. Since she’s a few years younger than moi, she may not have as many as I do. And like so many of mine, some of hers are vintage. Here’s an Enid Collins: 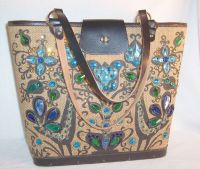 Handbags aren’t the only things my heroine and I share in common. When I was a young single girl, I wanted a Jeep Wrangler for my first car; however, I listened to my dad who nixed the idea, saying they were dangerous. What that car said to me was fun. And sassy. And I wanted my girl to be fun and sassy.

Like Hattie, I shared an apartment with my best friend for four years. So the layout of Hattie’s apartment is similar to ours.

Hattie eats at an Italian restaurant like one near my house. And I passed on my once upon a time dream of owning my own shop. She even works at jobs that might resemble some I worked at.

Some people might say I wrote a book about me. LOL. No, not even close. I’ve never been involved in a murder investigation. I didn’t grow up with some of the luxuries Hattie has. I never knew any police personnel of any kind, and 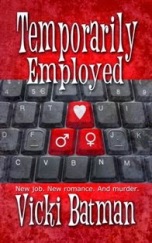 am not up to speed on police procedural. I’ve read books, attended lectures, and a citizen’s academy to familiarize myself. My heroine interacts with far weirder people than I ever did. I have a friend with the same name as the hero, but spelled differently. I heard a commercial for a new TV show and the character’s name stuck in my head.

I patterned my town after a part of the metroplex I live in, but gave it a different name, Sommerville. I liked the sound. Besides, I wanted to keep some of my life private so no strangers could track me down. LOL.

For I believe what I write about resembles a lot of people in the U.S.A, the everyday kind of folk. And strange things do happen to them.