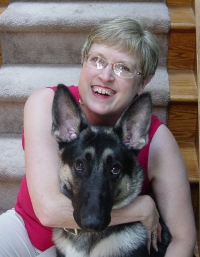 Lauren Carr is the international best-selling author of the Mac Faraday and Lovers in Crime Mysteries. Her upcoming new series, The Thorny Rose Mysteries, will be released Spring/Summer 2015.

“Where do you get your story ideas?” “How do you come up with these ideas?”

Some readers, and a few of my relatives, think that I’ve got a twisted mind to have come up with some of my murder plots. I wish I could say it was simply my brilliant imagination. But, like many crime and mystery writers nowadays, the germ of my ideas are—

Ripped from the Headlines!

Back before the days of the Internet, I used to get the daily newspaper and would scour it for story ideas. Since I wrote murder mysteries, I was fascinated by the stories about, of course, murder! If an idea intrigued me, I would clip it out and save it.

I still remember one murder that had me giggling for days. It was about a husband who had stabbed his wife to death. They had been married for more than sixty years. Suddenly, out of the blue, he stabbed her to death with a butcher knife because, “I just couldn’t stand listening to her yapping at me any longer.”

Yes, it was a great tragedy. But I could not help thinking about, “You’ve been married to her for sixty years! Now, you suddenly couldn’t stand listening to her any longer?” What made him snap?

Writers are not the only ones who are fascinated by “ripped from the headlines” plots. Readers are equally fascinated.

Why? Simply, truth is stranger than fiction. Think about what you see in today’s headlines. Real people, especially those who are twisted, are much more imaginative than most writers. Good writers ask the right questions (usually, What if…) to make a great mystery out of it.

Like the man who stabbed his wife after sixty years because he couldn’t stand listening to her any longer. Who would have thought? He had been married to her for six decades. You would think that if she was that annoying he would have either divorced her or been able to tune her out after a while.

But I also believe there is a second reason that readers love plots that are “ripped from the headlines.” Basic human curiosity. The desire, deep down, to get the full behind the scenes story.

Yes, today’s news media and social media have made practically nothing private anymore. Celebrities go out of their way to divulge their private business on Facebook and Twitter. Victims and perpetrators of violent crimes sign book and movie deals promising to tell it all before the jury has time to reach a verdict.

But still, even with all that, people still thirst to know the whole story. They are still driven to know the who, what, when, where, how, and most importantly, the why—even if they get it from a fiction writer and know that it is completely made up.

Somehow, getting an answer to all these questions, the reader comes away with a sense of satisfaction on par with closure.

Now they know—even if it is only make believe.

Such was the case for my latest Mac Faraday mystery, Three Days to Forever.

Anyone who hasn’t been living under a rock knows that our country is at war. The west has been targeted by Islamic extremists wanting to exterminate anyone disagreeing with their worldview. With my Twitter feed reporting beheadings right here on our own soil perpetrated by Islamic extremists being categorized as workplace violence, and more and more light-skinned, blue-eyed young people being recruited by groups wanting to kill us, the writer in me asked not only Why, but also What if… 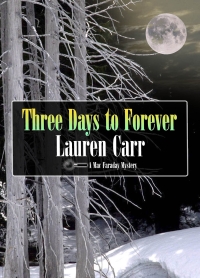 Three Days to Forever plunges Mac Faraday, Archie, David, Gnarly, and the gang head first into a case that brings the war on terror right into Deep Creek Lake. Current political issues will be raised and discussed by the characters involved. It is unrealistic for them to investigate a case involving terrorism without these discussions.

With this in mind, I have included a note of warning to readers in the opening.

Three Days to Forever is fiction. It is not my commentary on politics, the media, the military, or Islam. While actual current events have inspired this adventure in mystery and suspense, this fictional work is not meant to point an accusatory finger at anyone.

Fans of both the Mac Faraday Mysteries as well as the Lovers in Crime Mysteries are in for an added treat with Three Days to Forever when they meet new characters, Jessica Faraday and Murphy Thornton. Later this year, Joshua’s son and Mac’s daughter will be featured in their own book series, The Thorny Rose Mysteries!

In the meantime, with New Year’s Eve approaching, time is running out in Three Days to Forever! Mac Faraday and Spencer’s small police force have to sort through the clues to figure out not only who has been targeted for assassination, but also who is determined to stop everything … FOREVER!

I don’t write the news, I only make it up.

Giveaway:
Three ebook copies of Lauren Carr’s
Three Days to Forever! To enter the
drawing, just leave a comment below
with a title for a tell-all book or a
fiction based on fact title. The
three winning names will be drawn
on Monday evening, February 9th.