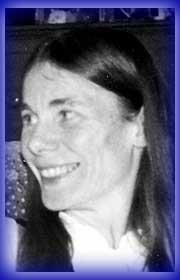 The husband and wife team of Mary Reed and Eric Mayer published several short John the Lord Chamberlain detections in mystery anthologies and in Ellery Queen Mystery Magazine prior to 1999′s first full length novel, One For Sorrow. John’s adventures continued in Two For Joy (2000), a Glyph Award winner in the Best Mystery category. Two For Joy also gained an Honorable Mention in the Glyph Best Book Award list and in addition was a finalist for the IPPY Best Mystery Award. Three For A Letter (2001), Four For A Boy (2003), and Five For Silver (2004) followed. The latter two novels were nominees for the Bruce Alexander History Mystery Award. Five For Silver won the 2005 Glyph Award for Best Book Series. Six For Gold appeared in 2005, Seven For A Secret in 2008, Eight For Eternity in 2010 and Nine for the Devil in 2012. In 2003, the American Library Association’s Booklist Magazine named the Lord Chamberlain novels as one of its four Best Little Known Series. The books have received starred reviews from Booklist, Library Journal, and Publishers Weekly, mostly recently from PW for Nine For the Devil. Ten for Dying, out in March 2014, is the latest in the series.


In one of his occasional essays Edgar Wallace declared the best stories he had heard were those related by ordinary people.

He was definitely on to something there. Two of the most striking I’ve heard came up in conversations with workers during service visits.

There was the gas man who came to replace a meter. While he was dealing with it, I mentioned I really do not care for gas appliances because in childhood I saw the destruction wrought after a gas explosion occurred in the next street to ours. Though I never discovered the exact cause, it was generally held to involve a gas stove in some fashion, and it gave me a profound respect for the volatility of gas that newspaper reports of houses levelled in the years since have not reduced one iota. Ironically enough, the house to which our family subsequently moved retained its original gas lighting in the attic bedroom shared by my younger sister and myself — and its gauzy mantles could still be purchased locally.

In any event our conversation moved on to the topic of burning houses and the gas man mentioned he had been awarded a medal for rescuing a person from a blazing home. Alas, he only mentioned the bare fact in passing and I never did get details despite my natural interest. All in all, an excellent example of Disraeli’s observation that some of the silent are more interesting than those who talk the best.

Then there was the phone company man who came to install the telephonic apparatus. His surname was obviously of Italian extraction and between that and my accent we got to talking about immigrants. One of his ancestors — a grandfather as I recall — had landed at

Ellis Island and while waiting to be processed learned in some fashion the Italian quota was full. It appears this relates to an early immigration quota law laying down only up to 20 per cent of the annual quota for immigrants from any one country could be admitted during a given month.

When interviewed he therefore gave his nationality as French, and was duly admitted to America.

Thus ran the family story but as his relative was long gone nobody knew why the immigration officer involved had accepted his statement of nationality, but there it is. As Wallace pointed out, there are really interesting tales right under our noses — to which I add it is my contention we are more likely to hear them if we happen to hit on the right topics to talk about.

Both of my examples are unfinished stories, so perhaps I may be permitted to offer one with a proper ending. In fact, it’s one of our own from some years ago. A gentleman unknown to us recognised a particular name mentioned in the acknowledgements for one of our novels and enquired at the press if he could be put in touch with the other party. This was arranged and thus two old friends regained contact after losing touch with each other many years before.

Everyone has an interesting and often unsuspected story to tell. What’s yours?

5 thoughts on “Did You Ever Hear That Story About…”