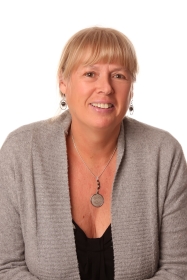 “It’s a crime not to read Delany,” so says the London Free Press.

Her first Rapid Reads book, A Winter Kill, was shortlisted for the 2012 Arthur Ellis Award for best novella. Vicki is proud to have been chosen as Canadian guest of honour for Bloody Words, the Canadian mystery conference, in June 2014.

Having taken early retirement from her job as a systems analyst in the high-pressure financial world, Vicki enjoys the rural life in bucolic, Prince Edward County, Ontario.

Visit Vicki at www.vickidelany.com, on Twitter @vickidelany and Facebook at https://www.facebook.com/Vicki.Delany. She blogs about the writing life at One Woman Crime Wave (http://klondikeandtrafalgar.blogspot.com)

As writers we get asked that a lot. The answer is surprisingly simple.

Ideas are everywhere. Look around you. Find an idea. Go with it.

It isn’t really the idea that makes a book, but what the author does with it. An idea might fill a page. An idea is not a story, but it can be the start of the story.

For example, when I had the layers of carpet and linoleum taken up in my circa 1880s house, we found a trap door.

All that was under the trap door was a lot of dust and some spiders angry at being disturbed.

But that could have sparked an idea. A trap door. An old house. Secrets.

I didn’t write a book based on that particular incident, but you get the point. An idea starts as a germ. A good writer has to be constantly watching for those tiny germs.

My newest book, Under Cold Stone, is a case in point. I was on a vacation in the Turks and Caicos. At the airport, I had a very minor altercation with a couple of young men when they attempted to butt into the line, and I told them not to.

And that was it. All that happened. The rest of that day I peeked around corners wondering if they were coming after me, and then I forgot about it.

But the idea was planted. What if? What if it had escalated? What then?

How, I thought, would Lucky Smith, a rather stubborn woman, and mother of my main protagonist Constable Molly Smith of the Trafalgar City Police, have dealt with it?

What if she ran into them again? What if they decided to take it further?

Now I have the beginnings of a plot. But of course we need a lot more.

Who are these people, and why does it matter to Lucky or the reader or anyone else what they do? Well, let’s add a twist and make one of them the son of Lucky’s new boyfriend. And, to make it interesting, let’s take the couple on a vacation. Why not to Banff National Park and the Banff Springs Hotel?

Okay. Now we have the inciting incident, the point from which all the rest of the book flows; we have the setting; we have a strong point of conflict. 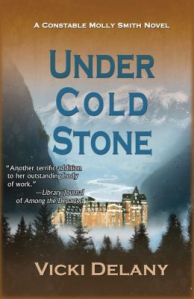 Then what? What can happen now to really up the stakes? And to provide enough material for a full novel rather than a short story or novella?

Well, this is a police procedural crime novel. Someone should probably die. The son? Nah, maybe that would be too emotional for what I want.

How about the other man who accosted Lucky? Who is he? Why did he have to die? And what does the son have to do with it?

You get the point. The initial idea leads to asking a lot of questions. In the answering of those questions, I developed a novel.

It’s not the idea; it’s what the author does with the idea that counts.