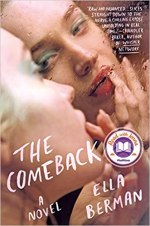 Teen actress Grace Turner was only fourteen when she was discovered by director Able Yorke. With her parents and younger sister Esme she moves to Los Angeles from England, where she appears in a television series and films. When she is nominated for a Golden Globe for “Lights of Berlin,” she drops out of sight.

The Comeback begins as Grace emerges from her exile. She has been living with her parents, in a nondescript suburban neighborhood, and her sister, who has been suspended from her school for sexting. Her mother was a modestly successful model back in England and now watches the Kardashians on television and swallows diet pills.   Grace has been asked to present a Lifetime Achievement Award to Able Yorke, and she has difficulty coming to terms with her feelings for him. He has controlled every aspect of her life for eight years.

Grace rents a house across from Able Yorke, watches his wife and children, and obsesses about what she will say to him when they meet again. There are many echoes of the Harvey Weinstein case woven through this book. In the end, Grace believes there are many ways to get hurt, but you can still fight back. A well-written and disturbing look at how young women are treated in the entertainment industry. 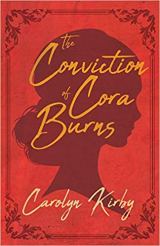 Set in 1880s England, this is a rather horrifying story featuring chronic liars, the murder of a child by a child, of experimentation both mental and physical on unwilling victims, overwork and near starvation…in other words, a story of almost no hope. Sound depressing? Well, yes. But at the same time, it is a study in possible redemption. Is the violence within a convicted killer hereditary, or is it caused by being born in jail and the conditions of life following? Either way, can someone with a history like this change?

That’s what Cora Burns sets out to learn. But first, Cora will need to dig into a past that haunts her as she takes a job in the household of a gentleman-scientist making a study of these very questions. Most of all, Cora will have to discover if she can grow beyond her sordid past.

The book is well-written, well-paced, with excellent dialogue to carry the story along. The grim history of orphanage/workhouse/goal situations seems spot-on. Even the descriptions of pseudo-medical experimentation during those years strikes a chord and is well-researched. But it’s also a sad commentary on the human condition. Be prepared. 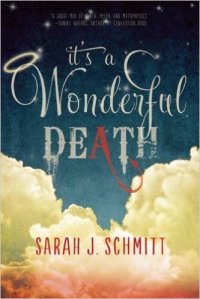 Seventeen-year-old RJ always gets what she wants. So when her soul is accidentally collected by a distracted Grim Reaper, somebody in the afterlife better figure out a way to send her back from the dead or heads will roll. But in her quest for mortality, she becomes a pawn in a power struggle between an overzealous archangel and Death Himself. The tribunal presents her with two options: she can remain in the lobby, where souls wait to be processed, until her original lifeline expires, or she can replay three moments in her life in an effort to make choices that will result in a future deemed worthy of being saved. It sounds like a no-brainer. She’ll take a walk down memory lane. How hard can changing her future be?

But with each changing moment, RJ’s life begins to unravel, until this self-proclaimed queen bee is a social pariah. She begins to wonder if walking among the living is worth it if she has to spend the next sixty years as an outcast. Too quickly, RJ finds herself back in limbo, her time on Earth once again up for debate.

RJ is a snarky, unapologetic, almost unredeemable, very real girl. Her story is funny and moving, and teens will easily connect with her plight. Prepare to meet the Grim Reaper, who’s cuter than you’d expect; Hawaiian shirt–wearing Death Himself; Saint Peter (who likes to play Cornhole); and Al, the handler for the three-headed hound that guards the gates of Hell. This cast of characters accompanies RJ through her time in the afterlife and will do their best to gently shove her in the right direction.

Charming. Funny. Delicious. Gleeful. All terms that can be applied to It’s a Wonderful Death and there are probably many more. I’ve come across Grim Reaper stories before and have enjoyed them for a variety of reasons but the humor is usually what draws me in. I wonder if most GR stories are on the funny side because, as a species, we have some difficulty thinking about death but, no matter, funny is good.

Ms. Schmitt has loaded It’s a Wonderful Death with humor and it works very well—you can’t help but laugh at the vision of Death Himself in  Bermuda shorts and a Hawaiian shirt—but this is also an old-fashioned morality tale in which a person is given a do-over, so to speak. RJ doesn’t want to be dead and actually shouldn’t be but, as various angels point out, they can’t just pretend it didn’t happen since the people she left behind are already mourning her. Can’t exactly have her popping up, now can we? A sticky wicket, indeed, but then Death Himself and a cranky angel named Azbaugh come up with a plan. All RJ has to do is prove that she can be a better person than the mean girl she’s been so far. Unfortunately, we all know that changing the past can have a bad effect on the future.

A large cast of characters, both in the Afterlife and earthbound and including the three-headed Cerberus who, like any dog, enjoys chin scratches from Peter—yes, that Peter—make this a delightful tale full of what ifs and challenges, sadness, joy and, yes, redemption. In the end, surprises await the reader but the real pleasure is in the getting there.

“A snarky joyride of a book with a deep moral core; long
after you’ve finished laughing, you’ll still be thinking about
RJ’s journey and perhaps asking yourself: What defines
a life well lived?” – Mike Mullin, author of Ashfall

“Mean Girls meets A Christmas Carol! Smart, sassy, and
humorously original with clever world-building and a host
of interesting characters, It’s a Wonderful Death will have
you laughing out loud and rooting for RJ from the first page!”
– Amalie Howard, best-selling author of Bloodspell

“Just the kind of story I love — full of snark, heart, and
contemplation about the meaning of life! It’s a Wonderful
Death will get you thinking about what you want to leave
behind and how you want to live until then.”
– Kristen Lippert-Martin, author of Tabula Rasa

“You know a story’s going to be good when Death shows
up as a surfer! I loved every bit of this funny and
heartwarming tale of second chances.”
-Lisa Maxwell, author of Sweet Unrest 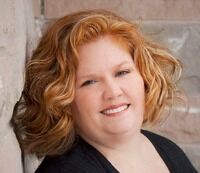 Sarah J. Schmitt is a K-8 school librarian and Youth Service Professional for Teens at a public library who, in addition to planning a variety of events, enjoys opening up the world of books to reluctant readers. She runs a teen writing program that combines Skype visits from well-known authors and screenwriters and critique group style feedback.

Prior to immersing herself in the world of the written word, Sarah earned her Masters of Science in Higher Education Administration and Student Affairs from Indiana University where she worked with first year college students as they acclimated to college life. Sarah lives outside of Indianapolis with her husband, two kidlets and a cat who might actually be a secret agent. She is an active member of SCBWI, ALA and the Indiana Library Federation and is a regular participant at the Midwest Writer’s Workshop. Her debut novel, IT’S A WONDERFUL DEATH, comes out Fall 2015 from Sky Pony Press.