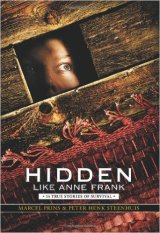 
Anne Frank was the most memorable child of the Holocaust, but there were many, many others. In this extremely vivid and moving collection of fourteen personal narratives by survivors of Nazi occupation in the Netherlands, readers will find themselves experiencing a range of emotions.

These survivors were separated from parents, siblings, cousins and other relatives, found themselves moved more times that they could count, experienced despair the day after hope and came out of the experience forever changed. They had to adopt new names, new religions, learn different customs and even undergo eyebrow shaping and a change of hair color. Readers will discover how entire communities were herded like cattle, lost everything they had accumulated, were forced to ignore siblings in public, live under inhumane conditions, endure beatings by people who had supposedly befriended them, go hungry for extended periods of time and often had to remain in unlit cold and cramped places for hours while being terrified that the knock on the door meant exposure and a trip to a concentration camp.

Each story is different, each survivor knew great loss and deprivation, but all endured. What comes across clearly in each story is how the experience forever changed not only the narrator, but their relationships with surviving family members. Each reader will have unique reactions to every story. There are some that inspire admiration, some that evoke pity, sympathy or empathy and even one that might strike one as annoying, but none of us were there to live the terror and fear, so who’s to say how our story might come across under similar circumstances.

This is a book that should be read by as many people as possible, particularly in a time (like now) where ethnocentricity and racial intolerance are once more on the rise. It’s well worth having in any school or public library. 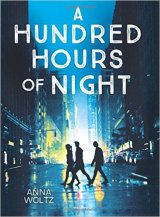 For this reviewer from the American Midwest, the premise that a fifteen-year-old female runaway from Amsterdam could or would fly to New York City, be admitted, and navigate the city on her own is hard to swallow. However, the girl is questioned, she had carefully prepared, and the story happened before the current terrorist scares. In this day of Google Maps and websites for everything, it’s possible to suspend disbelief. I realize that the history of the United States is filled with young teens who came to our shores with little more than the clothes on their backs to seek opportunity and adventure.

Emelia is in love with New York City, and when her father causes a scandal that threatens to ruin her life in the Netherlands, she uses his credit card and all the resources available to her to escape to what she deems the greatest city in the world. She has a plan, of sorts, but when she reaches her destination, everything begins to go wrong. Hurricane Sandy arrives on her heels, and it takes courage and a gradual need to relinquish some of her deep-seated fears and beliefs for Emelia to survive. Also, the help of new friends.

Anna Woltz’s latest YA story of one young girl’s coming-of-age journey is a compelling page-turner. The characters are complex, and each of their stories is intriguing. When their part of the city goes dark after the storm, we feel the cold and how the dark transforms the world the kids know. Each chapter brings a new problem or a new decision so that we want to keep reading to find out how it will end for these particular teens coping with Hurricane Sandy’s devastation as well as their own inner conflicts. Even with my limited familiarity with Manhattan, I could imagine the extreme dark and the struggle for basic needs in a city environment devoid of all the benefits electricity provides—even running water.

Hurricane Sandy’s destruction and its aftermath are scary, sad, exciting, and instructive. Nature trumps technology. The author employs scenarios created by the hurricane to create a story that teens can love while they learn about lives and problems beyond their own.

In the second novel in what is billed as an “international thriller series” (Risk Agent was the first entry), Ridley Pearson brings the return of John Knox, a man who has a useful ‘cover’ as a legitimate international exporter, and Grace Chu, a Chinese woman who was a former forensic accountant but has “recently proven herself a quick study of computer hacking.” She also holds a master’s degree in criminology from USC and, because of her former training with the Chinese Army, “is no slouch in field ops.” The fact that she speaks five or six languages is only a plus. They are both now occasionally employed by Rutherford Risk, a private security firm.

The book takes place for the most part in Amsterdam, although it opens briefly in Tunisia, where John is plying his trade, that is, until his old buddy David “Sarge” Dulwich finds him and coaxes him to take on a job in Amsterdam. Their long standing friendship goes back to the days when they were both working for a private contractor based out of Kuwait where John saved Sarge’s life, twice (once when the truck in which he was riding was hit by an IED). Both John and Grace find themselves becoming addicted to their new calling, their former professions seeming to have been a waste of their talents, and the adrenaline rush undeniable.

Their new assignment deals with child exploitation. They are joined, in a somewhat ambivalent relationship, by Sonia Pangarkar, a gorgeous reporter working on a story about “the poorer neighborhoods of Amsterdam and the European struggle with immigrants.” More than that, it is about a ring of men “who kidnap ten-year-olds and chain them to posts and make them work 18-hour days” in what are called “knot shops,” i.e., sweatshops where intricately hand-knotted Oriental rug knockoffs are made, with quantity demanded. And that’s the least horrific part of it. Rutherford Risk was called in as the work is seen as “typically unwanted by, or too dangerous for, others.” But Knox and Grace thrive on just that.

Thrillers are not, generally, my favorite sub-genre. But the author’s name beckoned to me. The book is undeniably exciting and suspenseful, densely plotted, and the three main characters very intriguing. It makes for enjoyable, good reading.