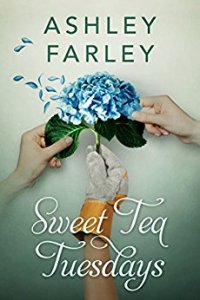 Three best friends met every Tuesday for twenty-six years. And then they stopped.

When new next-door neighbors Georgia, Midge, and Lula first assembled on Georgia’s porch in Charleston for sweet tea, they couldn’t have known their gathering was the beginning of a treasured tradition. For twenty-six years they have met on Tuesdays at four o’clock, watching the seasons change and their children grow up, supporting each other in good times and in bad. With their ambitions as different as their personalities, these best friends anticipate many more years of tea time. And then, one Tuesday, Georgia shares news that brings their long-standing social hour to an abrupt halt. And that’s only the beginning as unraveling secrets threaten to alter their friendship forever.

Picture yourself and a couple of neighbors enjoying a glass of sweet tea on the front porch once a week, spending a little time catching up on each other’s doings and the latest tales about the kids and the men in your lives. Some weeks, you’ll watch the sun set; others, you’ll just savor the warm afternoon and coastal breezes. There are tears sometimes, a lot of laughs, perhaps the occasional spat, and the tea just might become a glass of wine. Most importantly, this is tradition and the essence of friendship, the very reason front porches were created.

Lula, Midge and Georgia are such normal women and so nice (for the most part) but not too much so. I would welcome them all into my life if I could do so and, after reading about the years on that porch, I feel as though I know them as well as my own best friends, alas both now departed. These are seasoned women who have seen and experienced much in their lifetimes and therefore they are compellingly interesting. When life deals Lula what she sees as a bad hand, the effect is nearly catastrophic and heartache is inevitable while continuing to care about her becomes really difficult. Many of us have been faced with problems similar to that which nearly brings the three friends to an apparent impasse; would we react the same or differently?

With each book Ashley Farley writes, she just gets better and better and she has become one of my favorite contemporary Southern fiction authors. Sweet Tea Tuesdays is a summer afternoon’s paean to friendships and family and the ordinary lives of women and I thoroughly enjoyed my time with Georgia, Lula and Midge. 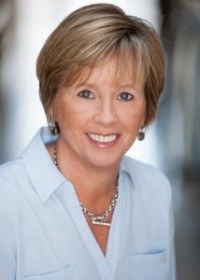 Ashley Farley writes books about women for women. Her characters are mothers, daughters, sisters, and wives facing real-life issues. Her goal is to keep you turning the pages until the wee hours of the morning. If her story stays with you long after you’ve read the last word, then she’s done her job.

After her brother died in 1999 of an accidental overdose, she turned to writing as a way of releasing her pent-up emotions. She wrote SAVING BEN in honor of Neal, the boy she worshipped, the man she could not save.

Ashley is a wife and mother of two young adult children. While she’s lived in Richmond, Virginia for the past 21 years, part of her heart remains in the salty marshes of the South Carolina Lowcountry where she grew up. Through the eyes of her characters, she’s able to experience the moss-draped trees, delectable cuisine, and kind-hearted folks with lazy drawls that make the area so unique.

Catch up with Ashley

Monday, June 5th: I’d Rather Be At The Beach

Monday, June 12th: Diary of a Stay at Home Mom

Monday, June 19th: Based on a True Story 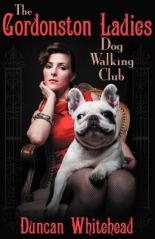 Something is not quite right in the leafy Savannah neighborhood of Gordonston.

As the friends and fellow members of her afternoon cocktail club gather to mourn the death and lament the life of their neighbor, Thelma Miller, not all is what it seems.

As old friends vie for the attention of widower, Alderman and mayoral candidate Elliott, jealousies surface and friendships are strained. An old woman with a dark secret and an infamous uncle plots her revenge for a perceived wrong done over thirty years before, a once successful children’s writer with his own secret is haunted by memories of the past and aspiring model Kelly Hudd has just won the trip of a lifetime.

As secrets are revealed and history, both old and recent, unravel and an intertwined web of deceits and lies surfaces in the middle class neighborhood a killer lurks and is anyone really who they seem to be? A mysterious European gentleman in South America, a young Italian count parading the streets of Paris and a charitable and kind hearted nephew recently arrived from India add to the remarkable assortment of characters in this story of intrigue, deceit and revenge. What is the secret a recently retired accountant is trying to hide and just why did the former showgirl and attractive sixty two year old widow Carla Zipp really have plastic surgery?

As the plot thickens and the Georgia summer temperature rises we discover who is destined for an early-unmarked grave in the wooded park that centers the tree-lined avenues of Gordonston.

A mysterious organization with links to organized crime, a handsome fire fighter who can do no wrong and a trio of widows with deep hidden agendas compound a story of simplistic complexity. As twists and turns lead the reader to a conclusion that they will not see coming and a sucker punch ending that will leave readers breathless, the Gordonston Ladies Dog Walking Club’s top priority remains the need to chastise the culprit who refuses to ‘scoop’ after his dog walking sessions in their treasured park.

This is without a doubt one of the oddest crime fiction novels I’ve read. The pacing is very slow for about the first half of the book and the scenes shift constantly from one character to another. Savannah, one of the loveliest cities I’ve ever seen, is the setting but actually plays little part and the story could easily take place in any town with a similar southern ambience. The characters, primarily a small group of unattached women and a soon-to-be-unattached man, along with a pair of younger couples and an older man, are a bit run of the mill at first but, as the early part of the story unfolds, the reader begins to get a taste of what they might really be like under the surface. All in all, the first half is a slow read with not a whole lot to hold the reader’s attention and yet…

Suddenly, things begin to happen and this tale of murder becomes something like a comedy of manners with characters pointing mental fingers, jumping to conclusions and making very rash but determined decisions. The reader has to pay attention because the rapidly shifting scenes make it a little difficult at times to recognize the character whose thoughts we’re intercepting. The beauty of the plot is that we don’t know until the end who is going to be taken out of the picture, who is meant for that open grave waiting in the park where they all walk their dogs. Best of all is the final reveal so, if you’re a sneak peeker, DON’T DO IT! You’ll mess up the whole thing if you look at the end before you get there, trust me.

Mr. Whitehead is a clever writer and has a way with words.  Apparently, The Gordonston Ladies Dog Walking Club is the first of a trilogy and I’m looking forward to seeing what the author has in store for us next.