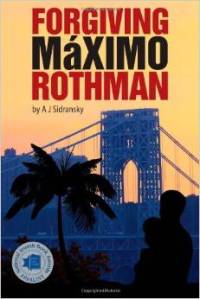 Wow. What an undertaking. What an accomplishment. This intense detailed examination of several lives on three continents that spans six decades grabs and holds one’s interest immediately. It is in part a tale of the Jewish diaspora in the Twentieth Century, an obscure Jewish colony in the Dominican Republic, the sundering of families, and the support and damage the slavish observance of ancient tradition can bring. It is a tale of resolution of old wounds and new loves. And it is a tale of murder.

Max Redmond is bludgeoned to death in his apartment in Washington Heights. The New York detective assigned to the case is Tolya Kurchenko, whose family left the USSR. In the course of his investigation, he discovers diaries and records that resonate closely with his own estrangement from his father. Tolya’s father wanted him to attend Princeton, not become a cop.

Pursuit of the killer involves racial, religious, political and cultural dimensions. The novel is very well written, the characters are fascinating and the emotions and motivations are real. The story is not a slam bang action pumped thriller. Rather it is a meticulously and carefully detailed examination of several lives, multiple generations and the long-tailed consequences of their random and fateful interactions. This is a marvelous crime novel well illustrating it’s central theme that “Life is indeed too short to make enemies of those we love.”

Reviewed by Carl Brookins, July 2015.
http://www.carlbrookins.com http://agora2.blogspot.com
The Case of the Purloined Painting, The Case of the Great Train Robbery, Reunion, Red Sky.