From the publisher—
This book kicks off a charming cozy mystery series set in an ice cream shop—with a fabulous cast of quirky characters.
Recent MBA grad Bronwyn Crewse has just taken over her family’s ice cream shop in Chagrin Falls, Ohio, and she’s going back to basics. Win is renovating Crewse Creamery to restore its former glory, and filling the menu with delicious, homemade ice cream flavors—many from her grandmother’s original recipes. But unexpected construction delays mean she misses the summer season, and the shop has a literal cold opening: the day she opens her doors an early first snow descends on the village and keeps the customers away.
To make matters worse, that evening, Win finds a body in the snow, and it turns out the dead man was a grifter with an old feud with the Crewse family. Soon, Win’s father is implicated in his death. It’s not easy to juggle a new-to-her business while solving a crime, but Win is determined to do it. With the help of her quirky best friends and her tight-knit family, she’ll catch the ice cold killer before she has a meltdown…
************
There’s something about A Deadly Inside Scoop that lifts it a little above the masses of culinary cozies and I’m not sure just what it is. Maybe I was swayed by the premise of an ice cream parlor (1) because I remember the oldfashioned kind from my younger, much younger days or (2) by the thought that it’s going to get up to 90°+ “feels like” here in my part of Florida today and all week. Whatever the reason, I really enjoyed this series debut.

Win is a smart cookie and she has good plans for her family’s ice cream shop but she can’t prevent the delays that lead to a post-summer opening. Still, she certainly never expects to find a body when she goes looking for fresh snow for a recipe. When her dad is pegged as a prime suspect, Win sets her logical mind to figuring out what really happened with help of a lot of family and friends. Perhaps my favorite thing about Win is that she bases her sleuthing on all the tips she’s learned by reading and watching mysteries, just like all of us readers 🙂 She also avoids the TSTL syndrome which cannot be said for her friend, Maisie.
***
Apparently, more than a few townspeople had reason to wish the dead man, a con artist, hadn’t come back and this leads to a lot of red herrings and possibilities. Detective Beverly must have his reasons for focusing on Win’s dad so she has her amateur investigative work cut out for her, all while she’s trying to make a success of the shop in the off-season. Getting to the real truth takes us all down a twisted path and I recommend this witty, charming puzzle.
***
Reviewed by Lelia Taylor, May 2020.
************
************ 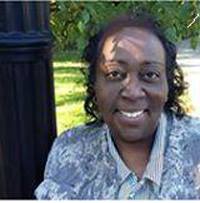 I write as Abby L. Vandiver and Abby Collette but you can just call me Abby . . .
I love mysteries! Whatever I write, I put a little mystery into it.
Now I’ve got a new cozy mystery coming out May 12, 2020. A Deadly Inside Scoop, is part of my new series, An Ice Cream Parlor Mystery from Penguin Berkley. I’m so excited for its release.
Stay tuned as I gear up for Release Day with giveaways, interviews and of course. ice cream. (Okay, I won’t actually have ice cream on my page, but I’ll talk about it. A lot.) Pre-Order here!
Website * Facebook * Twitter * Instagram * Bookbub * Amazon * Goodreads
************
************ 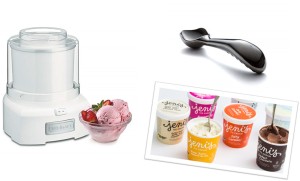 It is rare for a reviewer of crime fiction to encounter a truly fresh protagonist with a unique voice. Reviewers are reluctant to say so because we haven’t read everything, but I’m sticking my neck out here to suggest Valentine Hill, a busking, itinerant street magician with heady aspirations, is that character. She’s blunt, honest to a fault, scrappy, young and aggressive when necessary. She’s in Las Vegas as the tale begins, in the middle of a nine-year search for her mother. Not out of love, but because of some vital missing information in her life. Valentine wants a social security number and she wants to know her birthdate, her father’s name and where she was born. Her mother, Elizabeth is a grifter, highly adaptable, a consummate but amoral actress who used and abused her daughter, Valentine, in prior scams.

Valentine has learned from those experiences and become an honest magician, struggling through life. She learns her mother is probably in San Francisco. Her plans to go there are upset by her companion who steals her stash and disappears. When Valentine tracks her mother to an apartment in Pacific Heights, her world dissolves into mayhem, murder, multiple law enforcement operations and several characters who are not what they seem.

The novel is relentless, positing solution after explanation that dissolve almost as rapidly as they are presented, leaving the reader guessing as much as does poor Valentine. But then, even as the danger escalates, things begin to sort themselves and some really bad guys get conned out of their shorts. A fast, coherent, fully enjoyable novel featuring a young, vibrant protagonist. Highly recommended.

Beginning with our main character waking from a coma to devastating news; totally unrelated to the current crisis: roaming diseased humans (whose behaviors suspiciously mimic those of the Late-Night-Movie Zombies); I certainly did not think, “Wow, this is going to be a fun read!”. Intriguing, fast-paced, action-adventure: sure; fun, no.

I was so very, very wrong. I find myself still ridiculously impressed and pleased that Ms. McKay presented Bobby’s story in such a fashion. This sequel to Undead is consuming. Comprised of small, deliberate mysteries, complete with obscure, baffling clues; this reader’s mind never strayed.

The display of dynamics within the small group of teens, forced together, just to have a glimmer of hope against the Zombie-like crowd is spot-on. Underlying currents: wariness, jealously, admiration, fear and sadness, swirl around the characters, twisting, enveloping and confusing. Churning emotions decrease focus, increase discord, frustration and distrust.

With the action-adventure aspect of physical battles between teens and Zoms, the mystery of where Bobby’s best friend, Smitty, is hiding (assuming he is still alive); never-minding the why of Bobby’s mom abandoning her; comatose, alone in a strange hospital, and pants-less; to run off and hide Smitty; it is so easy to be drawn in and invested in the tale. With the shocking revelation that The Enemy is quite likely made up of both Good Guys and Bad Guys, it becomes nearly impossible to stop reading.

These attributes are almost secondary to Ms. McKay’s charming and delightful writing style. As if the author feels immediate remorse for scaring (or grossing out) her audience, in comes the comic relief, effortlessly. A perfect fit, the humor enriches the entire book, keeping the tone from dropping to down-right dismal. Unexpected joy came from Bobby’s predicament of being pants-less, thus flashing her pals as she fights for her life, or making hilarious and embarrassing suctioning noises as naked thighs stick to a desk-top on which Bobby perches. Chastising herself harshly when Smitty-themed fantasies sneak into her mind; coupled with her comfortable and correct use of “dorky” endeared me to Bobby.

Although I started this trilogy right in the middle, I simply must know how Bobby’s story ends. I am already looking forward to Ms. McKay’s next book.