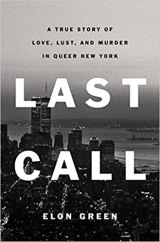 
The world was not warm or welcoming for gay men in the 1980s. Discrimination, bias and inexplicable hate made for an uncomfortable existence, at best. Not only was homosexuality grossly misunderstood; but AIDS was becoming a familiar fear for everyone.

Repercussions could be very real for any openly-gay man. Life turned from unpleasant to terrifying with the discovery of a dismembered male body. And later, another grisly, heart-wrenching find. More would follow.

Law enforcement was not convinced that the scarily-similar manner of disposal connected the crimes. Faint lines leading to New York City piano bars— where gay men felt somewhat safe—seemed more than a stretch.  Prejudices towards the victims’ “life-styles” and the lack of a crime scene, coupled with “dump sites” in different jurisdictions, meant that these crimes were not priorities.

Family members, friends, Lesbian and Gay Advocate Groups would not allow these deaths to be ignored, though. Patrons, pianists, and bartenders all mentioned one man, in particular. The suspect was a nurse at a NYC hospital, but no one knew more than that.

In the same way that stellar wait-staff are inconspicuous when their service is spot-on, Mr. Green simply sets everything up, almost allowing each man to tell his own story.

This review was written by jv poore for Buried Under Books, with a huge “Thank You!” to Celadon Books for the Advance Review Copy, which I will donate to my favorite high-school classroom library.

Inside of a dilapidated, abandoned home— that is most assuredly haunted, per the neighborhood children—one room appears to be in use. A long table is set with flickering candles, casting strange rays on the oddly assembled group gathered around.

Jack had heard the wicked rumors; but standing outside and seeing a soft light within, his curiosity has passed piqued. Compelled, he enters the house and follows the glow. He is welcomed to the table, where there is, uncannily, one empty chair.

Each person has a story to share and every one of the scary shorts could stand alone. Some of the narrators appear to know one another quite well, while others seem less comfortable with the eclectic individuals sharing their space. Jack is clearly the freshest face to the table, and perhaps, he has the most to fear.