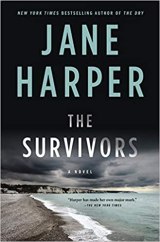 Jane Harper, an Australian writer, has been making a name for herself in the past few years. Her first book, The Dry, received much acclaim, followed by Force of Nature, and The Lost Man. They are all stand-alones, set in Australia, and if you haven’t yet checked them out they are well worth a read.

The Survivors, her fourth Novel, is set in Tasmania, in a small coastal town called Evelyn Bay. It’s a popular summer resort favoured by divers who like to explore a shipwreck in the bay. Kieran, the protagonist, grew up in Evelyn Bay and has come home with his girlfriend Mia and their baby daughter Audrey to help his mother and father move to Hobart, where his father, Brian, who is suffering from dementia, will be admitted into a care facility.

Leaving baby Audrey with her grandmother, Kieran and Mia meet up with some friends at The Surf and Turf, a favourite watering hole they’d frequented in summer’s past.

The next morning, the body of a young woman is discovered on the beach. Shock reverberates through the small community stirring up memories of the time twelve years ago when a local girl had gone missing during a violent storm that hit the shores of Evelyn Bay, resulting in the drownings of several young men.

As snippets of information, together with secrets from the past, are slowly revealed the tension mounts, until it reaches its exciting conclusion.

Tasmania is a beautiful island and Evelyn Bay is a beautiful setting for this tangled but engrossing story. Past friendships are tested and as a parent now himself Kieran learns the truth of a past he’d never before come to terms with. Savour and enjoy this heart-wrenching story. You won’t regret it! 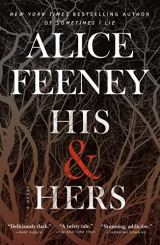 The Title – His and Hers –  refers to the book’s two main characters.

Hers:  Anna Andrews, a newsreader, divorced and living and working in London, with a troubled past.

His:    Detective Chief Inspector Jack Harper who lives and works in the small English village of Blackdown where he grew up.

We are introduced to these two characters in separate chapters at the beginning and throughout this rather unusual and intriguing novel.

When the body of a young woman is found in Blackdown Woods, Detective Chief Inspector Jack Harper is called to the scene.

Anna Andrews, who has recently been taken off her job as newsreader, is asked to travel to Blackdown to cover the murder. She is somewhat reluctant to go.  Anna grew up in Blackdown, her mother still lives there, but Anna hasn’t seen her in months and the village holds no good memories for her.

The murder victim, Rachel Hopkins, is known to both Anna and Jack,  a fact neither wants revealed.  But as the investigation unfolds the reader is privy to both Anna’s and Jack’s take on the murder. It isn’t long before the connections between Jack and Rachel and Anna and Rachel  surface, casting suspicions on both of them.

This twisted tale is full of surprises and more victims before it reaches an exciting and dramatic climax.  But even there the tale isn’t quite over…

You’ll have to check this one out… You’ll be glad you did. 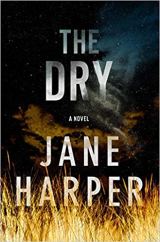 Parts of Australia are in the depth of a persistent drought. Back to the tiny farm town of Kiewarra, comes Aaron Falk. He returns to his childhood home to the funeral of his youthful friend, Luke Hadler, Luke’s wife and their small son. It appears Luke murdered his own wife and son and then dispatched himself with a rifle bullet through the skull.

Falk is not happy to be back because he and his father were run out of town decades ago. Falk, now a member of the federal police of Australia, on short leave, expects to attend the funeral, talk with one or two family friends and then flee back to Melbourne. It doesn’t work out that way.

Like a dripping faucet, piece by casual comment, the possibility that Luke Hadler could not have done this hideous deed grows in Aaron Falk’s mind. Encouraged by the single local law officer and the discovery of interesting anomalies, Falk stays, irritates some residents, and eventually solves not just one but several crimes.

The characters are excellent, the descriptions of the community and surrounding landscape are compelling and the pace is relentless. This is a terrific very well-written novel and the concluding climax is a page-turning grabber.

Reviewed by Carl Brookins, October 2018.
http://www.carlbrookins.com http://agora2.blogspot.com
The Case of the Purloined Painting, The Case of the Great Train Robbery, Reunion, Red Sky. 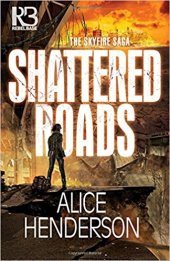 Shattered Roads starts out gloomy—in a subgenre that’s already exceedingly gloomy—with a protagonist who’s living a life of nothingness. Her soul purpose in life is to remove bodies when people die, much like the people in 17th-century London who trundled carts from door to door to pick up the dead. The truth is no one in this terribly damaged world has any joy, having no names, spending all their time in front of computers, interacting with no one while, outside the city walls, chaos reigns supreme.

One day, H124 finds something that piques her curiosity and leads her to unimagined discoveries about what really happened to bring such devastation to this land and to people who just might be able to make a difference. Now, H124 has a new purpose in life and, after a somewhat slow start, I found myself almost unable to turn away. Shattered Lands will be out in December and I’m already anticipating spending more time with this brave young woman. 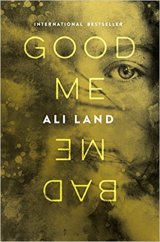 We often wonder whether nature or nurture plays a bigger role in the development of a person’s psyche, especially a violent criminal, and Good Me Bad Me addresses that very question. Milly is placed in foster care after turning in her mother who was a vicious serial killer of children and you would think that Milly, only fifteen, has at least a chance of a normal life now. The trial is coming up and that gives Milly enough stress but her new family is not as welcoming as one could hope and her foster sister, the real daughter in this family, really resents her presence. That animosity leads to bullying in school but, in reality, it’s Milly’s own mind that could be her worst enemy in any future she might have.

This is a truly unnerving story and could be almost too much if the mother were present but the author chose to keep her on the periphery. We never see her commit her heinous crimes but we know what she’s done and the feeling of evil is full-blown. Watching Milly learn to cope—or not—with her life before and after was intriguing in many ways and I heartily recommend this to any reader who is curious about what happens to the children of truly wicked people. 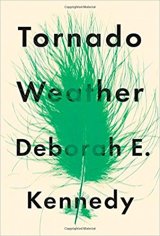 A wonderfully complex, startling, complicated debut novel that examines a small town and its inhabitants from a variety of viewpoints. A child named Daisy goes missing and the event shakes up the people who live and interact in the community. Their collective loss of this handicapped little girl are played out in myriad manifestations over months and years. The scenario allows the author to walk unseen and unknown among a racially and economically diverse population, observing and commenting on the individual and the collective.

Tornado Weather is not your typical mystery, nor does it fit comfortably into any of the usual crime fiction categories. It is an extensive and lengthy character study of a small town in Indiana. There are so many characters, one could read the story twice in short order and thus discover more surprises about characters one had thought were fully revealed.

The characters range from venal to exalted, from truthful and forgiving to criminal and nasty, exactly what one might expect to find in any middle-class community. Their actions likewise range from pure to the nastiest, racially biased criminal one might expect.

The story moves deliberately through the dining rooms and bedrooms and businesses of the residents, all affected in ways large and small by the sudden disappearance of Daisy Gonzales. Finally, of course, the mystery is solved and readers will have to decide whether the solution to this intense novel’s mystery is worth the ride. To most, I suspect, the answer will be  yes.

Reviewed by Carl Brookins, January 2018.
http://www.carlbrookins.com http://agora2.blogspot.com
The Case of the Purloined Painting, The Case of the Great Train Robbery, Reunion, Red Sky.