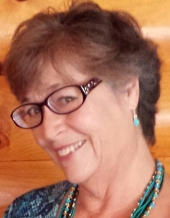 Returning guest blogger Sunny Frazier, whose first novel in the Christy Bristol Astrology Mysteries, Fools Rush In, received the Best Novel Award from Public Safety Writers Association, is here today to tell us the story of The Hello Girls, a critical yet forgotten piece of US military history.

I love it when world history intersects with my own personal history.

My Air Force vet friend, Patricia, turned me on to a discarded part of military history. It was vital to the war effort, forgotten by people and ignored by the Army. I’m talking about the “Hello Girls.” I found a book in the library by Elizabeth Cobbs which finally gives credit to these brave women.

In 1917, when America entered WWI, communication was vital for troop movement and battle plans. Portable switchboards were designed but the men assigned to use them were trained in Morse Code and telegraphs. General Pershing went in search of female telephone operators to send to Europe. Women willingly volunteered for the Army Signal Corps.

One of the reasons women made better operators were because they had smaller hands, more dexterity and could multi-task better than men. They also had cooler heads when dealing with overwrought officers.

The women were expected to buy their own uniforms. They were also required to be bilingual in French since that’s where the war was. They signed a contract and took an oath. They were in their early 20’s. Pay was $60 a month.

Fast track to 1970. I was fresh out of high school and went to work for Bell Telephone in the Los Angeles area. Operators were respected and telling clerks you worked for Ma Bell got you instant credit in many stores. We even had male groupies who could recognize our voices. The bookies from the Santa Anita racetrack sent us boxes of candy at Christmas. 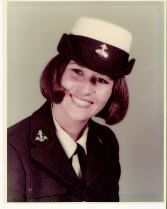 Vietnam was going on and ITT was looking for single operators with no children to send over to the military bases. I missed the interviews by a day. Instead, I joined the Navy.

I put the signal corps down on my “dream sheet” but the Navy decided I’d make a good dental tech. That’s what they needed at the time. I hated what I was doing but ended up being good at it. When I got out, I got all the benefits of the GI Bill.

After college and after the newspaper I worked on as a photojournalist folded, I found myself back at Ma Bell. AT&T has always been patriotic, and I was reinstated at the level I left four years ago. The pay was incredible. I went to Hawaii twice in one year.

Let’s go back prior to 1917. The Suffragette movement continually pushed to get voting rights for women. Other countries, such as France and Russia, had already allowed women to vote. One of the things the Hello Girls did was make the case that women could participate in war and deserved to be able to have a say in their government. But, in 1920, the Army refused to acknowledge they were really part of the military. The women were denied benefits and veterans bonuses as promised. It wasn’t until President Carter in 1977 gave them the rights they deserved. The woman who accepted the honor was 93. Most of the Hello Girls never lived to see their due justice.