Returning guest blogger Sunny Frazier, whose first novel in the Christy Bristol Astrology Mysteries, Fools Rush In, received the Best Novel Award from Public Safety Writers Association, is here today to make her case on why wearing a mask shouldn’t be a big deal.

America was founded on rebellion. The spirit has been there since Plymouth Rock, the Boston Tea Party and Paul Revere took a horseback ride. But sometimes rebellion has to reign in and government has to step in.

The issue of wearing a face mask is dividing the country. Who woulda thought a simple piece of cloth could become so political? The logic is simple: covering faces lowers the risk of catching Covid 19 and may even prove to eliminate it altogether.

Until the government steps in and makes practices against the law with fines attached, some people consider it an infringement of their rights. It’s not a matter of “Live Free or Die” but “Live Free and Die.”

I remember a time when I played in the backseat of the car, jumping around, leaning over the seat to talk to my dad. When Ralph Nader published “Unsafe at Any Speed” in 1965, seat belts became de rigor. 12% of people refused buckle up, even with death stats in front of them. Then it became the law. Was it really worth a fine not to put a belt across your belly? Now we don’t even think about it.

Motorcycle helmets were required. Too many riders died in accidents. My sister, a trauma nurse, says they refer to bikes as “donorcycles.” Okay, so you couldn’t feel free, going down the highway with the wind through your hair and bugs in your teeth. Many defied the order and wore a version of a Nazi helmet. Technically it followed the law. Realistically, it did little in the way of protection.

On the other hand, there were few complaints about bike helmets and car seats for children. The first ones were rudimentary and probably did little to protect little ones. As technology and knowledge evolved, child safety seats became safe. Also, required by law.

Killing someone while driving drunk wasn’t considered a crime for a long time. After her daughter became a victim,  Candice Lightner created MADD: Mothers Against Drunk Drivers. In 1982, Reagan passed over 400 laws against DUI’s. It hasn’t stopped people driving inebriated,  but now there are check points, fines, jail and shame. 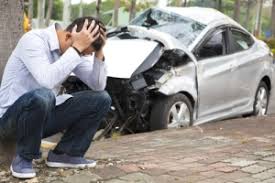 Do you take off your shoes at the airport? Now it’s required, with just a bit of grumbling. All because in 1975, one extremist made a shoe bomb. Did airlines overreact? Maybe. Do we comply? Yes.

For decades, smoking was a rite of passage. As kids, we played with candy cigarettes. Cartoons had people smoking. The movies made it glamorous, TV made it normal. It wasn’t until John Wayne died of lung cancer that people started taking warnings seriously. The Marlboro Man was less attractive. Banned in the workplace, restaurants and hospitals, smoking areas were designated to be inconvenient. Still, die-hard smokers braved the cold and rain to puff up. Rising prices were also a deterrent. Was it really worth it?

No one is rebelling against anything I’ve mentioned because it all makes sense now. Nobody wants to go back to a time when we hurt ourselves and others. Maybe it took the law, jail and fines to get people to comply, but nobody lost their freedom.

Besides, ask any woman: masked men are sexy!