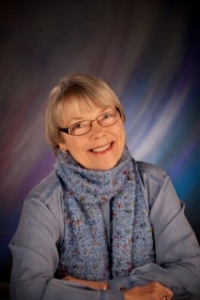 Accounts of 19th Century murder trials make me really happy that women today can serve on juries.  Too often in the past, all male juries have acquitted men who were obviously guilty, denying justice to their female victims.  Here are some of the most famous – and infuriating – cases.

On January 2nd, 1800, a New York City constable informed Levi Weeks that the battered body of his pretty young sweetheart Elma Sands had just been hauled out of a well.

“The Manhattan well?” he asked.

Although Levi was a carpenter and not a clairvoyant, he got it in one.  The uncanny accuracy of his guess made him the prime suspect.  Luckily, he had connections with the old boys’ network of his day.  His wealthy brother hired the finest lawyers in the state, a veritable “dream team” to defend him – Henry Livingston, Alexander Hamilton, and Aaron Burr.  The trial was the country’s first “Trial of the Century” and the first for which there is a recorded transcript.  Crowds thronged the courthouse and newspapers feasted on scandal and speculation. 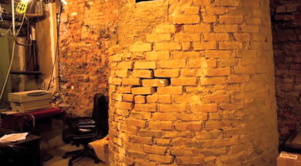 One witness testified that on the Sunday before the murder he spotted Levi measuring the depth of the Manhattan well.  Another witness had overheard him whispering with Elma on the night of the murder, making clandestine plans to meet her.  Defense counsel seized at once upon the chief weakness in the prosecution’s case.  It was Elma, herself.  They portrayed her as a loose woman who went about with many men of low character.  They claimed she was a laudanum addict and disparaged her mental capacity.  The jury acquitted in less than five minutes.

In December, 1832, a woman named Sarah Cornell was discovered hanging by the neck from the frame of a haystack in Tiverton, Rhode Island.  A note discovered in her bandbox read, “If I should be missing, enquire of the Rev. Mr. Avery of Bristol.  He will know where I am.”  The Rev. Ephriam K. Avery admitted he’d carried on an adulterous affair with Sarah, penning love letters, murmuring sweet nothings, and getting her pregnant.  There were no other suspects.

Avery’s trial lasted 27 days and his lawyers called 128 witnesses for the defense.  According to their testimony, Sarah was a promiscuous and unprincipled slut who seduced the guileless minister.  The jury found him “not guilty” and he set off on a speaking tour across the state to vindicate himself.

The murder of Helen Jewett in 1836 resulted in the second “Trial of the Century.”  Beautiful, intelligent, bookish, and financially independent, Helen was a high-end New York City prostitute who attended the theater, maintained a literary correspondence with her clients, and read novels.  She was especially fond of the works of Sir Walter Scott.  One cold spring night as she lay sleeping, someone bludgeoned her to death with an ax and set fire to her body.  The murder created a sensation and the aura of sex catapulted the story onto the front page of every newspaper. 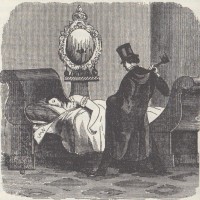 Richard Robinson, a smug young man from a good family and one of Helen’s repeat customers, was the last person to see her alive.  When questioned by the police, he sneered.  “Do you think I would blast my brilliant prospects by so ridiculous an act?”  As a matter of fact, they did.  The evidence left little doubt of his guilt.

At the trial, the madam of the brothel where Helen resided identified Robinson as the murderer, but the judge instructed the jury to disregard her testimony.  A woman in her profession, he said, must be deemed “a polluted source.”  Robinson was acquitted.  One moral observer placed the blame squarely on Helen, and not just for her wanton sexual behavior.  “Avoid the perusal of novels,” he warned other women.  “It is impossible to read them without injury.”

The Rev. Herbert H. Hayden of Hartford, Connecticut was another murderer who got away with his crime.  A pious Methodist with a wife and children, he grew alarmed when Mary Stannard, the servant girl he’d been fooling around with, announced that she was “in the family way.” He enticed the girl to a lonely field and gave her a drink, which he said would bring about a miscarriage.  This “medicine” contained enough arsenic to kill a dozen men.  When she began screaming in agony, he knocked her unconscious and cut her throat.  Having purchased the arsenic openly and been found with the bloody knife in his possession, he couldn’t escape suspicion.  He was arrested and his trial in 1879 became a cause célèbre.  Over 100 witnesses were called to the stand, but in the end the jury hung and Hayden didn’t hang.

I can’t believe male jurors let these killers walk solely on the basis of gender solidarity.  Whatever their reason, I’m pretty sure if there’d been a few women in the jury box, the culprits wouldn’t have beat the rap.

One thought on “Murdered Women, Male Juries, and Men Who Beat the Rap in 19th Century America @JMmystery”