A wilderness setting, a tense mystery and a smart dog—what more could you want? Mary’s review has convinced me I need to add just one more to my TBR pile 😉 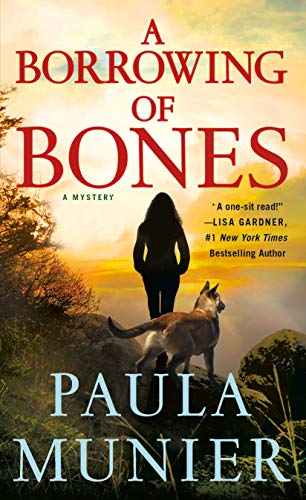 First in a gripping new mystery series about a retired MP and her bomb-sniffing dog who become embroiled in an investigation in the beautiful Vermont wilderness
It may be the Fourth of July weekend, but for retired soldiers Mercy Carr and Belgian Malinois Elvis, it’s just another walk in the remote Lye Brook Wilderness—until the former bomb-sniffing dog alerts to explosives and they find a squalling baby abandoned near a shallow grave filled with what appear to be human bones. U.S. Game Warden Troy Warner and his search-and rescue Newfoundland Susie Bear respond to Mercy’s 911 call, and the four must work together to track down a missing mother, solve a cold-case murder, and keep the citizens of Vermont safe on potentially the most incendiary Independence Day since the American Revolution.

A Borrowing of Bones…