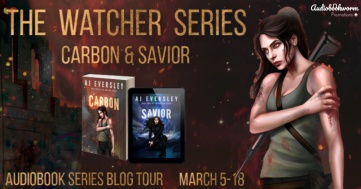 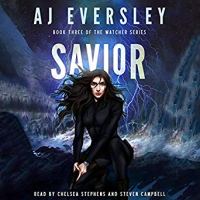 The explosive conclusion to the Watcher Series will decide the fate of the entire human race.

Sawyer has been a Watcher. She’s been a Carbon. Now she must become their Savior.

With the inevitable return of Coleman looming, Sawyer knows their army is not enough. On a journey to convince an ally to join their war, Sawyer discovers why the stars have placed the fate of the human race in her hands. And she’s not alone.
Kenzie is her enemy. He is wrong and ruthless, and he’s tried to kill Sawyer more than once. Yet she still can’t stay away. Both drawn to each other in a way neither can explain, they must learn to trust one another as well as themselves if they want to survive. And soon, Sawyer will find she must trust in the stars to protect her and put her faith in others if she wants to live.

Find out who will survive, and if they can save humanity from a future painted black, in the epic conclusion of the Watcher Series.

To get the most enjoyment from this book, I highly recommend reading the trilogy in order as this is really not a standalone. I’m glad I listened to this one so soon after the second volume because the pace is very fast and the interaction among the primary characters is intense; it helped not having to try to remember details from the earlier parts of the story.

While Sawyer and Max are certainly important, it’s Kenzie who held my attention the most this time. He’s truly a tortured soul and wondering how things would turn out for him…and Sawyer and Max…was more than a bit agonizing but I have to say I wish there wasn’t so much of the now-commonplace love triangle. With so much going on in the fight to save the world, the romantic elements were just a distraction.

Being perceived as the “savior” is uncomfortable for Sawyer but at least she’s finally accepted that her life will never be what it was before she learned the truth about herself and her world. Almost despite herself, she really is the last hope, so to speak.

I appreciated the way Ms. Eversley brought things to a close and don’t feel any lack in the ending. Ms. Stephens and Mr. Campbell rounded out their narration of the trilogy quite nicely and, in my opinion, had much to do with my enjoyment of the tale. I won’t be unhappy if these three collaborate again on another story in the future.

AJ Eversley is the author of the WATCHER series. A true north Canadian girl, AJ currently lives in Central Alberta with her husband and dog. When she’s not writing, she can be found binge watching Harry Potter, quoting various movies in every day conversation, and eating copious amounts of candy.

Chelsea Stephens has a long time love and appreciation for the performing arts, with experience in on-stage acting, singing and voice over. Her love for reading books and the pursuit of the story led her to narration. She enjoys unfolding characters and bringing listeners into new worlds. Chelsea is an experienced voice actor with a talent for mystery, fantasy and YA novels. She’s a mom to a gaggle of young ones living in the Midwest with her lumbersexual husband. 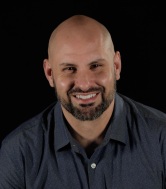 Steve Campbell’s first priority as a voice-over artist is to convey your thoughts and ideas in an entertaining and insightful manner; not distracting from your message, but enhancing your words. It is his personal goal to help your audience engage with the text in an immersive and memorable way.

As a techie with a passion for performance and a love of the written word, the voice-over industry called to Steve. He is now fortunate enough to be living his dream of audiobook narration from his home studio, in Calgary, AB, Canada. 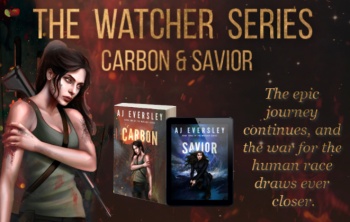