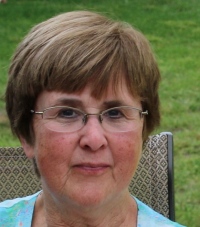 Mary E. Maki grew up in the Finger Lakes Region of Upstate New York where her first two mystery books are set. Her third Caitlyn Jamison mystery is set in Virginia’s Northern Neck and is to be released in late 2018.

As well as writing mysteries, Mary is a family historian. Along those lines, she played an integral part on the team that produced three volumes of the Newtown (CT) Oral History Project, the Ulysses Historical Society (NYS) Oral History Project, and the Newfield, NY Historical Society Oral History Project. She was instrumental in starting and holding officer positions with the Genealogy Club of Newtown, and served three years as secretary to the Fredericksburg Regional Genealogical Society. She is a volunteer at the Historic Fredericksburg Foundation, Inc. and on the committee to create a visible likeness of the 18th century Fielding Lewis Store.

She has written several genealogy monographs honoring her Agard, Hardenbrook, and Nunn ancestors. Her genealogy research has been published in Connecticut Ancestry, the Nutmegger (Connecticut Society of Genealogists), and on the Genealogy Club of Newtown (CT) website.

Mary is a member of the National and Central Virginia Sisters in Crime, the Central Rappahannock Regional Library Inklings writing group, and the Old Town Sleuths Mystery Writers in Fredericksburg, Virginia.

A friend I had not seen in a long time recently visited. It was fun catching up, but during her visit I couldn’t help thinking about my writing projects. I yearned to get back to my characters. And then I realized the writing life was taking over. 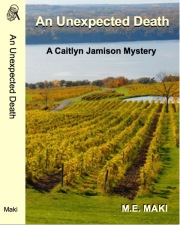 I have five writing projects going now: The third book in my Caitlyn Jamison mystery series, a short story for the Central Virginia Sisters in Crime anthology, preparation for leading our library’s fiction critique group, a Writing Your Family History presentation for our annual genealogical society’s conference, and an idea for another mystery series. My challenge is to find the right balance to complete these tasks and still have plenty of time for “life.”

It started with genealogy

For as long as I can remember I’ve been interested in history, so it came as no surprise when I reached “a certain age” my interest turned to genealogy. I became the family historian. In order to do the job I needed to sharpen my research and writing skills. I attended genealogy conferences, and it was at one of those conferences that I learned: Writing helps you make sense of things.

Ironically, it was that advice that prompted me to write my first Caitlyn Jamison mystery, An Unexpected Death.

The year was 2008. After a period of growth and prosperity, our country’s financial system suddenly crumbled. Those responsible for the financial collapse, in my mind, were not being held responsible. Instead, businesses closed, employees lost their jobs, and then as a result middle class workers lost their homes. I was frustrated and the only thing I could do about the situation was to write. Because—writing helps you make sense of things.

The book was a success, and I realized that I loved writing mysteries. One book wasn’t enough. The characters wanted another story, another adventure. Readers asked for another story, another adventure. So as soon as An Unexpected Death was published, I started the second in the series, Fatal Dose. That book was also well received. Readers and characters asked for more, so I’m working on my third Caitlyn Jamison mystery.

Writer’s block and the dreaded middle

Every writer experiences a time when the story doesn’t move along. We call this writer’s block, and that can be overcome with exercise, socialization, volunteer work, and enjoying a hobby. In other words, take a break from your writing. 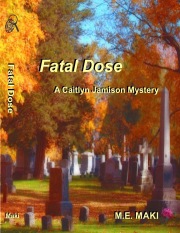 Writer’s block can also alert the writer that the plot line and/or characters are not working. This happened to me on my first writing attempt in 2008. I’d made my protagonist too old, and the timeframe wasn’t right. I got to the dreaded middle and the story stopped. It wasn’t until 2014 when I reviewed the manuscript that I understood why it hadn’t worked.

Hourly breaks are a must. Get up, walk around, and do something else. It stimulates the brain cells and you come back refreshed. It helps to set aside a dedicated writing time each day. It doesn’t have to be long, but enough time to get into the story and into the characters’ heads, which I call getting into my creative groove. When I’m in the “groove,” my characters definitely take over.

Turn off email and social media. They are time sucks.

Finally, understand that your characters will reside in your head. Just don’t let them (completely) take over your life. And most of all, enjoy the writing journey.