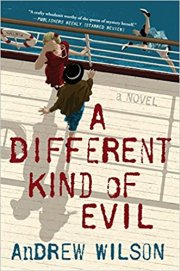 Two months after the events of A Talent for Murder, during which Agatha Christie “disappeared,” the famed mystery writer’s remarkable talent for detection has captured the attention of British Special Agent Davison.

Now, at his behest, she is traveling to the beautiful Canary Islands to investigate the strange and gruesome death of Douglas Greene, an agent of the British Secret Intelligence Service. As she embarks on a glamorous cruise ship to her destination, she suddenly hears a scream. Rushing over to the stern of the liner, she witnesses a woman fling herself over the side of the ship to her death.

After this shocking experience, she makes it to the Grand Hotel in a lush valley on the islands. There, she meets a diverse and fascinating cast of characters, including two men who are suspected to be involved in the murder of Douglas Greene: an occultist similar to Aleister Crowley; and the secretary to a prominent scholar, who may also be a Communist spy. But Agatha soon realizes that nothing is what it seems here and she is surprised to learn that the apparent suicide of the young woman on the ocean liner is related to the murder of Douglas Greene. Now she has to unmask a different kind of evil in this sinister and thrilling mystery.

In a combination of derring do, political shenanigans and possible espionage, Agatha Christie sets out to do the bidding of John Davison, British Secret Intelligence Service, who needs her help discovering who killed one of his agents in Tenerife, one of the Canary Islands. With a plethora of suspects and motives, she has her work cut out for her but Agatha has the kind of puzzle-solving mind that’s well-suited for such a task.

The case begins before the cruise liner even gets to its destination when a woman throws herself overboard but, of course, Agatha has no way of knowing then that there might be a connection to the agent’s murder. On the island, she meets quite the diverse set of characters but is one of them her quarry? And why was the agent, Douglas Greene, murdered, not to mention a few other poor souls?

Bits and pieces of this story remind me of one of Christie’s own novels, A Caribbean Mystery featuring Miss Marple, and that gave me quite a lot of pleasure as it’s one of my favorites of her work. Granted, it’s really far-fetched to think the Secret Service would send a mystery author to solve an agent’s murder but this is one of those stories that requires a healthy suspension of disbelief and the result is a good deal of fun.

Agatha Christie makes a plausible amateur detective in Wilson’s
stellar sequel to 2017’s A Talent for Murder, a crafty whodunit
worthy of the queen of mystery herself…Wilson does a superior
job of balancing surprising plot developments with a sensitive
portrayal of his lead’s inner life.—Publishers Weekly 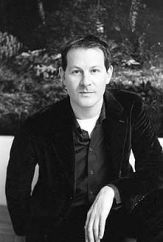 Andrew Wilson is the highly-acclaimed author of biographies of Patricia Highsmith, Sylvia Plath, Alexander McQueen, the novel A Talent for Murder, as well as Shadow of the Titanic: The Extraordinary Stories of Those Who Survived. His first novel, The Lying Tongue, was published by Atria in 2007. His journalism has appeared in The Guardian, The Daily Telegraph, The Observer, The Sunday Times, The Daily Mail and The Washington Post.

One thought on “Book Review: A Different Kind of Evil by Andrew Wilson”