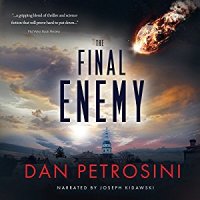 Like all reporters, Jack longs for a breaking story but is stuck writing obituaries for a small-town rag. As his frustration mounts, it hits him that no one has died in over three days. Jack’s odd observation becomes something far stranger when he connects a meteorite to the bizarre phenomenon.

Seizing the opportunity, Jack breaks the story and after a struggle to control the meteorite’s power is resolved, a swelling population begins to create havoc. With the survival of the human race hanging in the balance, politicians enact increasingly horrific measures and desperate citizens take matters into their own hands.

Jack’s in a position to not just report the news, but change it, and his decisions and observations creates an epic thriller that pits the potential of human immortality against a force designed to change – or obliterate – humanity itself.

Only one man might stand in its way…the man buried in the obits department. The Final Enemy is a story of social disintegration as well as a saga of survival. Secret plans, starvation, suicide, and a series of events that spiral the human race into a desperate survival mode evolve from a seemingly singular event and leads to a fast-paced action story that delights with its penchant for the unexpected.

For many, many years, scientists and science fiction writers have contemplated the dire consequences of severe overpopulation and I doubt that there are many people in the industrialized world who haven’t had at least passing thoughts about it. It’s a fascinating topic with few really viable solutions other than those that most would view as draconian and repugnant and I was interested to see how Mr. Petrosini would handle such a scenario.

While the topic and parts of the storyline are compelling, the execution is somewhat clumsy with moments that are too illogical to sustain. Just as an example, there is no way the government wouldn’t have known about this meteorite with all the available space-searching that goes on and they would have been hot on Jack’s heels if not there first. Also, Jack’s rapid rise to “stardom”, pun intended, makes very little sense as do some of the decisions made by the government, especially regarding sharing the meteorite’s effects.

On the other hand, the narrator, Joseph Kidawski, made this a very entertaining story just with his performance. There are many voiceover actors who do characters well but he truly manages to make each and every person sound different, with vivid intonations and accents. There were a few issues with the audiobook production, such as missing the beginnings of some chapters, but Mr. Kidawski turned this into an appealing book. 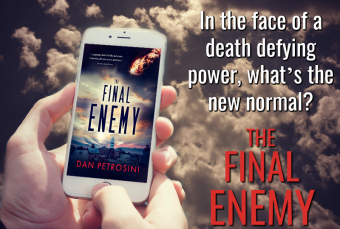 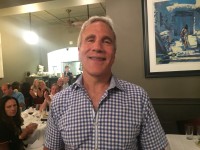 Dan has his own view of the world and culture or lack thereof. He is passionate in his belief that people can realize their dreams if they focus and take action. He actively encourages people to break out and live a the life they want.
Married with two daughters and a needy Maltese, Dan splits his time between South West Florida and New York City, where he was born. Dan teaches at local colleges, writes novels and plays the tenor saxophone in a couple of jazz bands. He also drinks way too much wine.
Dan has an active blog at http://danpetrosini.com and has written seven novels.

Joseph Kidawski is a Boston born actor, musician and artist based in Los Angeles California. He is a lover of audiobooks and it is his distinct pleasure to be a part of the worldwide community of narrators. Find out more about Joseph at www.kidawski.com

One thought on “Book Review: The Final Enemy by Dan Petrosini”