Every family has their Christmas traditions. Relatives twenty deep gather around the tree. Kids scramble for presents and in ten seconds the floor is covered with wrapping and bows.

This was not my family’s routine. We were a military family and far away from kin. It was always just the five of us.

I believed in Santa for seven years. My mom went around the neighborhood threatening other children if they spilled the truth. She could hide presents so even Sherlock couldn’t find them. She was a pro at keeping secrets. 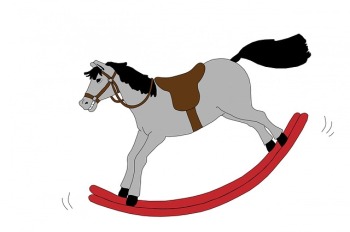 I knew my family didn’t have much money, but there were always presents under the tree. A rocking horse, Betsy Wetsy dolls, crayons and coloring books. Santa had to be real or where did all this stuff come from?

When we were stationed on Midway Island in the ‘50’s, Santa flew in on a helicopter. My mom convinced a pilot flying to Hawaii to pick up the newest toy that was all the rage back in the states. It was called a Hula Hoop. She managed to smuggle it in and keep it a secret. We were the only kids on the island to have one.

As we grew up, our family of five didn’t change. Three daughters and not one grandchild. In her defense, my older sister was a nun. My husband at the time came to spend it with my family one year and said “Never again!” The family tradition was to

hand out the presents and ohh and ahh over the wrapping. We’d go around the room and one by one open a present. The buyer would say why she bought it and that would segue to a memory of the past. We all laughed at basically an inside joke. The ceremony took hours.

But, some Yuletides are not so cheerful. In 1999, my mother turned to me during the ritual and confided “This will be my last Christmas.” I chided her for being so negative. What I should have done was stop everything and taken her to the hospital.

She died a few days later. We didn’t know why. She never seemed sick. But, like I said, she was good at keeping secrets, right up to the end. 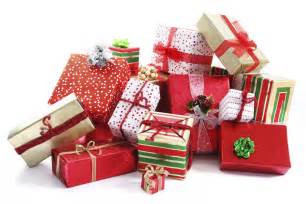