END_OF_DOCUMENT_TOKEN_TO_BE_REPLACED

FBI Special Agents Nicholas Drummond and Michaela Caine are
the government’s Covert Eyes—leading a top-notch handpicked
team of agents to tackle crimes and criminals both international
and deadly. But their first case threatens their fledgling
team when the Fox calls from Venice asking for help.

Kitsune has stolen an incredible artifact from the Topkapi
Museum in Istanbul, and now the client wants her dead.
She has a warning for Nick and Mike: she’s overheard talk that a
devastating Gobi desert sandstorm that’s killed thousands in
Beijing isn’t a natural phenomenon, rather is produced by man.
The Covert Eyes team heads to Venice, Italy, to find out the truth.

From New York to Venice and from Rome to the Bermuda Triangle,
Nicholas and Mike and their team are in a race against time, and nature
herself, to stop an obsessed family from devastating Washington, DC. 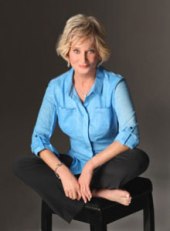 Catherine Coulter is the author of 80 novels, including 75 New York Times bestsellers, occasionally, after exhaustive prayers, hitting #1. She earned her reputation writing historical romances to pass the time while aboard the ark. She added suspense thrillers to her repertoire – with great success. The Cove, the first book in her bestselling “FBI Suspense Thriller Series” spent nine weeks on the New York Times list and has to date sold well over 3 million copies. Since then she’s written 20 more bestselling thrillers in the series, including The Maze, The Target, The Edge, Riptide, Hemlock Bay, Eleventh Hour, Blindside, Blowout, Point Blank, Double Take, Tailspin, Knockout, Whiplash, Split Second, Backfire, Bombshell, Power Play, Nemesis , and Insidious. Her 21st FBI thriller Enigma will be out in all formats in September 2017. Coulter is also writing a new suspense thriller series – A Brit in the FBI – co-writing with bestselling author JT Ellison. The 4th book in this action-packed series, The Devil’s Triangle, came out in paperback August 29, 2017.

To enter the drawing for a mass market
paperback copy of The Devil’s Triangle, leave
a comment below. Three winning names will
be drawn Friday evening, September 1st.
Open to residents of the US and Canada.