Autumn, 1565: After fleeing Kyoto, master ninja Hiro Hattori and Portuguese Jesuit Father Mateo take refuge with Hiro’s ninja clan in the mountains of Iga province. But when an ambassador from the rival Koga clan is murdered during peace negotiations, Hiro and Father Mateo must find the killer in time to prevent a war between the ninja clans.

With every suspect a trained assassin, and the evidence incriminating not only Hiro’s commander, the infamous ninja Hattori Hanzō, but also Hiro’s mother and his former lover, the detectives must struggle to find the truth in a village where deceit is a cultivated art. As tensions rise, the killer strikes again, and Hiro finds himself forced to choose between his family and his honor.

One of the most delightful private eye duos is back! I know it’s only been a year since their last appearance but it seemed like eons because I love them so much.

Hiro and Father Mateo are a most unusual pair, this Japanese shinobi and Portuguese priest that are linked together by contract. Hiro was assigned the task of protecting the Jesuit from all the dangers that can befall a foreigner in the midst of feudal Japan and he has done so with honor and careful attention to the things that could get Father Mateo in trouble. A very large pitfall is the culture and societal demands of this world of shoguns and samurais and Hiro is particularly concerned that the priest understand how to behave as they approach Iga, Hiro’s home. It’s Father Mateo’s first visit and Hiro himself hasn’t been home in some time.

Adding to the potential problem is the enormous tension that’s palpable in the feasting room when they arrive slightly late. A group of delegates from the Koga clan has come, supposedly to seek common ground with the Hattori clan to prevent war but at least one in the visiting group is overtly hostile and suspicious. Fuyu’s attitude of extreme distrust seems warranted when another member of his clan falls over, clearly dying from poison moments after beginning the feast.

In what is essentially a locked room mystery, in this case a locked compound, Fuyu immediately accuses the Hattori clan of murder and hostilities escalate until this room full of trained assassins are all prepared to kill each other. Hattori Hanzo, host and commander, suggests that Hiro and Father Mateo be appointed to solve the crime and bring the killer to justice but they have only three days to do so. The prime suspect? Midori, the woman who prepared the feast, Hiro’s mother.

This entry in the series is my favorite so far for a lot of reasons. Emotions run high, the tension is at breaking point and the pressure on Father Mateo and Hiro has never been so intense but we also get a good look at Hiro’s background and family, the forces that made him who he is. Family and an old love are at the core of the story and the closed community of medieval Japan is immensely interesting but, as always with this pair, the investigation is enlightening in many ways, especially considering the lack of modern-day crime solving forensics. The intriguing 16th-century setting and Ms. Spann’s knowledge of the era and place are the icing on the cake for this addition to my list of best books read in 2017. 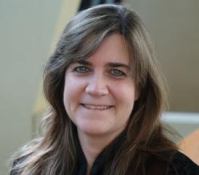 Susan Spann is a transactional publishing attorney and the author of the Shinobi Mysteries, featuring ninja detective Hiro Hattori and his Portuguese Jesuit sidekick, Father Mateo. Her debut novel, CLAWS OF THE CAT (Minotaur Books, 2013), was named a Library Journal Mystery Debut of the Month. Susan has a degree in Asian Studies from Tufts University, where she studied Chinese and Japanese language, history, and culture. Her hobbies include cooking, traditional archery, martial arts, and horseback riding. She lives in northern California with her husband, son, two cats, and an aquarium full of seahorses.

To enter the drawing for a
print copy of Betrayal at Iga
by Susan Spann, just leave
a comment below. The winning
name will be drawn on Monday
night, July 24th. This drawing is open
to residents of the US and Canada.