Mary Reed and Eric Mayer published several short Lord Chamberlain detections in mystery anthologies and Ellery Queen Mystery Magazine prior to publication of One For Sorrow, the first full length novel about their protagonist. In 2003 the American Library Association’s Booklist Magazine named the Lord Chamberlain novels as one of its four Best Little Known Series. They are currently writing the as yet untitled twelfth in the series. Ruined Stones, the second book in their Grace Baxter World War Two mystery series, was published by Poisoned Pen Press in July 2017. Mary and Eric’s website is at http://home.earthlink.net/~ maywrite/

At first glance, The Bagpiper On The Beach resembles the title of a newly discovered Lovecraft short story, but in fact it refers to a favourite memory concerning the first holiday I had had in years, to wit, a visit to northern Maine in the early nineties.

The trip began with a bang when, an hour or two into the journey, the muffler fell off. It subsequently travelled with us in the front passenger seat wheel well, on the grounds if stopped we could point to its remains and declare our intent to get a new one when we arrived at our destination. Announcing our arrival, passage through, and departure from each small town with a noise reminscent of a sonic boom was not calculated to sooth our nerves, but northern Maine did the job, as well as providing a shiny new muffler at reasonable cost.

I remember the afternoon we spent sunning ourselves at the beach while the tide came in. Soothing indeed, but not a favourite memory due to the fact that the next morning my legs were as red as boiled lobsters and gave as nigh as much pain as the unfortunate crustaceans must experience when  being cooked. In fact, I had to come downstairs on my rear end because it was some time before I could straighten my legs without wincing.

What was much more soothing, and has contributed to my fondest recollection, was the scenery — strongly reminiscent of remoter parts of Scotland, with pine forests sweeping down to the rocky shoreline.

One morning a cold wind was blowing and dark clouds rolled by, hiding the cheerful but dangerous sun. It was like a summer day in the north of England where I grew up, about fifty miles from the Scottish border.

We donned light jackets and walked past the beach where we’d lingered too long. The air was filled with mist, perhaps blown in off the sea or else drizzle from the leaden clouds racing overhead. The sea was as dark as the sky, except where big waves dashed themselves to white foam against the shore.

We cut across a small headland and threaded our way through a thick stand of pines. Then we heard a mournful sound. Not the cry of gulls, more of a moaning, yet not not the wind soughing in the trees either. It couldn’t possibly be, it would be an impossible coincidence, but it sounded very much like bagpipes. 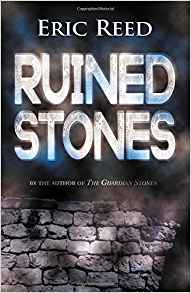 We emerged from the trees and found ourselves in a secluded cove. Standing there on the rocky shore against a backdrop of pines and dark, scudding clouds, his kilt rippled by the wind, a bagpiper was playing.

It really was too perfect to be true, but there he was.

We fell into conversation with him in the way that Americans make so easy and he explained he always went to the beach to practice his craft so as to avoid annoying people. We assured him we were not at all annoyed, delighted, in fact. I asked him if he would care to play My Country, T’is Of Thee and with good humour he did just that, and sand, rocks, water, and forest echoed with the same melody as the British national anthem.

Perhaps my brief anecdote shows you never know, contrary to Lovecraft’s eerie tales of strange gatherings on hilltops and at decayed ruins, what unexpected delights may still await in unfrequented places.