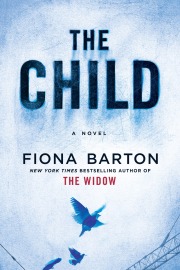 As an old house is demolished in a gentrifying section of London, a workman discovers a tiny skeleton, buried for years. For journalist Kate Waters, it’s a story that deserves attention. She cobbles together a piece for her newspaper, but at a loss for answers, she can only pose a question: Who is the Building Site Baby?

As Kate investigates, she unearths connections to a crime that rocked the city decades earlier: A newborn baby was stolen from the maternity ward in a local hospital and was never found. Her heartbroken parents were left devastated by the loss.

But there is more to the story, and Kate is drawn—house by house—into the pasts of the people who once lived in this neighborhood that has given up its greatest mystery. And she soon finds herself the keeper of unexpected secrets that erupt in the lives of three women—and torn between what she can and cannot tell…

Just mention a dead baby and the pathos sets in, doesn’t it? Regardless of what might have happened to that infant, you know it was sad in one way or another and, in this case, it’s really bad because this poor little child had lain in its small grave for so many years.

Many people from the past and present are affected by this discovery, as you might imagine, but there are four women in particular who get our attention. At times, the baby was front and center but, at other times, the story focused much more on the individual women and Kate, the journalist, is the catalyst that brings out more than one truth. What begins as a story that shocks the senses in the beginning soon proves itself to be full of innuendoes and accusations, heartbreak and, eventually, healing.

Ms. Barton has crafted a tale that has been told before in some ways, both fictionally and in real life, but it’s the twists and coincidences that grabbed my attention, even though I was pretty sure of the direction this was taking. At the end, I felt a sense of sorrow at what one human can do to another but also hope for mending and new beginnings.

It was the allure of a hidden story that propelled Fiona Barton to her long-time career in news. A journalist and British Press Awards “Reporter of the Year,” she has worked at the Daily Mail and Daily Telegraph, and brings that experience to bear in her novels.

In THE CHILD she details how Kate’s lengthy investigation into Building Site Baby’s death represents a perilous breach of the newsroom’s new culture of 24/7 online news. Says Barton: “The danger for Kate is that she risks becoming one of the dinosaurs—sidelined because she is unable and unwilling to be part of the revolution. And I feel for her.”

Though THE CHILD delivers an evocative look at the changing face of journalism, and a delicious plot twist, it is the characters’ haunting and rich emotional lives that set Barton apart and confirm her stature as a crime novelist of the first order.

“Fiona Barton has outdone herself with The Child. An engrossing,
irresistible story about the coming to light of a long-buried
secret and an absolutely fabulous read—I loved it!”—Shari Lapena,
New York Times bestselling author of The Couple Next Door