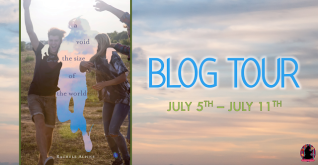 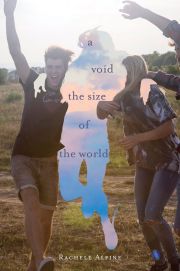 A haunting novel about a girl who must face the consequences after her actions indirectly lead to her sister’s disappearance.

Rhylee didn’t mean to kiss her sister’s boyfriend. At least, not the first time. But it doesn’t matter, because her sister, Abby, caught them together, ran into the dark woods behind their house…and never came home.

As evidence mounts that something terrible has happened to Abby, no one wants to face the truth. Rhylee can’t bring herself to admit what she’s done: that she is the reason her sister ran away. Now Tommy, Abby’s boyfriend, is the prime suspect in her disappearance, and Rhylee’s world has been turned upside down. Slowly, Rhylee’s family is breaking—their lives center on the hope that Abby will return. Rhylee knows they need to face the truth and begin healing—but how can they, when moving on feels like a betrayal? And how do you face the guilt of wishing a person gone…when they actually disappear?

Just how responsible is one person for the actions of another? That’s a tough question and it’s at the heart of A Void the Size of the World. While it’s true that Rhylee was wrong, on so many levels, to kiss her sister’s boyfriend, should Rhylee feel that’s Abby’s disappearance is entirely her fault?

It would be easy for the reader to point fingers at Rhylee and, if other characters (besides Tommy) knew what she had done, they certainly would blame her but is that really fair? Yes, Rhylee let her hormones get the best of her but she’s a teenager and we all know what hormones and emotions are like at that age. A huge part of growing up is learning how to control and contain such things but such self-discipline doesn’t come easily and we need to cut this girl some slack. More importantly, she needs to cut herself some slack but that’s a much, much harder thing to do when the guilt is so overwhelming.

While Rhylee isn’t the most likeable protagonist I’ve come across, other characters show their warts, too, and her little brother, Collin, is the only one I liked much. Maybe it would be better to say that I just didn’t feel them very much even though I knew the devastation that had come into their lives. I’m not sure where the disconnect came from but perhaps being continually bombarded by grief and anger and guilt can naturally cause a sort of withdrawal.

On the whole, this book left me just a little dissatisfied but one thing in particular stood out to me as a good thing. Some might say the author didn’t play fair with the ending but I strongly disagree; I won’t say anything further about this because it would be a spoiler. Suffice it to say, Ms. Alpine left me thinking 😉 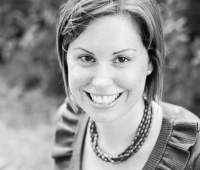 Rachele Alpine is a lover of binge watching reality TV, dogs, knitting, gummy peaches, and lots and lots of coffee!
One of her first jobs was at a library, but it didn’t last long, because all she did was hide in the third-floor stacks and read. Now she’s a little more careful about when and where she indulges her reading habit.
By day she’s a high school English teacher, by night she’s a mom and wife, and she writes during any time she can find in between!

Rachele lives with her husband and son in Cleveland, Ohio, but dreams of moving back to Boston, the city she fell in love with while attending graduate school there.

A VOID THE SIZE OF THE WORLD