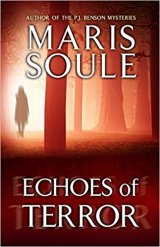 Skagway, Alaska, is a small northern community with a small police force. In spite of the tour ships that visit, bringing many short-time visitors, and an active tourist industry, major crimes are not part of their usual operation. The Chief of Police is recovering in the hospital from a procedure. A senior officer with a day off is not responding to radio calls and an oddly emotional woman stands at the intake desk announcing abrasively that her step-daughter, also just off a cruise liner, is missing. The lone woman law officer on the force, Katherine Ward, is assigned to take care of the woman.

It turns out the girl is the daughter of an extremely wealthy businessman, now in China. The case quickly becomes a kidnapping for ransom and then yet another young girl goes missing. Katherine Ward, an experienced police officer, is beset by conflicting pressures and the odd feeling that there are parallels here to an earlier case, one directly involving Ward. Readers will quickly realize that this is far more complicated than it seems, and with Officer Ward leading the way, we’re drawn into a brutal murder thriller.

The characters are well-delineated and the plot moves forcefully through the book to its conclusion. Along the way there are several surprises which add dimension and heft to the story line. Echoes of Terror is a worthwhile, interesting novel.

Reviewed by Carl Brookins, June 2017.
http://www.carlbrookins.com http://agora2.blogspot.com
The Case of the Purloined Painting, The Case of the Great Train Robbery, Reunion, Red Sky.