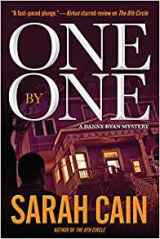 
Danny Ryan, a Pulitizer prize winning journalist, is approached by a former high school classmate asking him to look into the strangely similar deaths of several others in their senior class. They all had received odd-ball texts spouting biblical verses and threats that seem to be a warning of some sort, Greg Moss tells Danny. Whatever, they all wound up dead. Now Greg is getting the texts, too, and so, very soon after starting his investigation, does Danny. He eventually realizes all the victims were guests at a drunken, drug-ridden end-of-school party. What happened there? Danny doesn’t know and the people who could tell him are either dead or soon will be.

With the help of a newspaper reporter, the smart and beautiful Alex Burton, Danny determines to get to the bottom of things before there’s another victim. Too late, because Greg dies. Is Danny next? Or will it be Alex, who isn’t a member of the class, but who is maybe too close to Danny.

All tied up in crooked land deals, grasping politicians and crooked cops, as well as at least one deranged former classmate, this is a well-plotted, hold-your-breath story of revenge and twisted motives that will keep you guessing.

The writing, as you would expect, is excellent. We’re given a diversified cast of characters, from which you’re sure to find someone to hate as well as a few to root for.

This is the second book of the Danny Ryan series, and I’m looking forward to the third.