Phase 1 of our renovations were mostly finished
on August 31 except for a few final tweaks
and we’re delighted with the results.

The new bathroom complete with new everything: 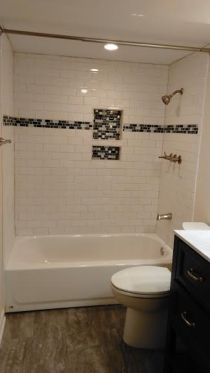 A partial look at the new laundry room:

and a fuzzy peek at more of the laundry room:

And, while we have no good pictures yet, we also replaced
the ceiling in the den, cleaned the brick hearth, replaced
all the crown molding and added ceiling fans.

Meanwhile, caught up in the fervor, I had a company
come clean the baby trees out of the gutter. Said gutter
is damaged but I don’t have a spare $2,000 lying around
to replace it (the roof edge has to be lifted first) so I’m
just going to have it cleaned out periodically.

And see that mini deck and stairs? That’s mainly just a way
out of the kitchen and I use it mostly to collect snow for snow
cream ;-)) It was pretty much rotted away but now we have this: 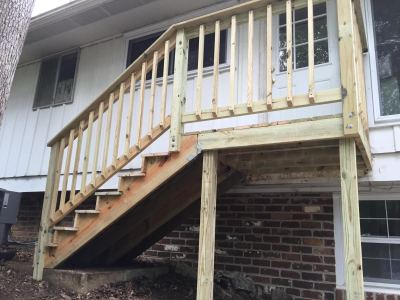 So, Annie and I headed out to Kentucky to visit my
other daughter, Laura, and after a 13 1/2-hour trip—thought
we’d NEVER get there—we arrived in Louisville and had
a great time for the next almost-week. Her condo is really
nice with beautiful features like this mantel (not to
mention Clara, the sweetest ever elderly cattle dog):

Laura’s neighborhood is full of fabulous little row and
shotgun houses from the early 20th century: 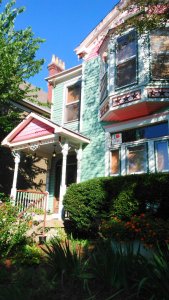 We did a bunch of fun things including the Kentucky Derby Museum:

and took a tour on the Belle of Louisville: 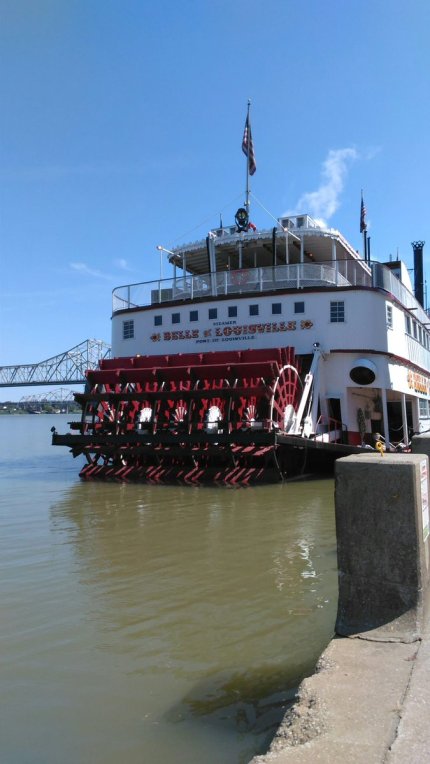 Then we came on home, a different way this time so much
shorter, after having a delightful visit. Karma was laughing
at us, though, or maybe I should say at Annie. She woke up the
day after we got back with a cold that kept getting worse and,
last Thursday, we found out she has….are you ready for
this? Whooping Cough. WHOOPING COUGH, of all things!

Laura and I both rushed out and got the vaccine but Annie
will be contagious till the end of the month so who knows what
will happen. Although we live together, I don’t have any
symptoms…yet…but she and I are both in self-quarantine
for the duration. If you hear whoops in the distance, you’ll
know where to look, won’t you? And the saga continues.

Renovations Phase 2 will begin in January.