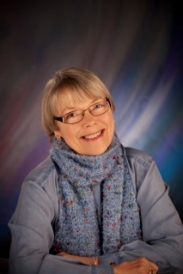 Here I sit in Jury Room 2 of the Renton Courthouse with fourteen of my fellow citizens, waiting to be called.  I’m pretty excited.  If we’re impaneled, it will be my first time ever to serve on a jury.  Memories of famous movie trials scroll through my mind – “Inherit the Wind”, “To Kill A Mockingbird”, “Twelve Angry Men”.  I picture those juries and something odd jumps out at me.  They were composed entirely of men.  I’ve been doing a lot of historical research lately for my new mystery and I start to wonder, when was the first “angry woman” summoned for service?

The magic of Google provided a quick answer.  In hopes of luring marriageable females to the Wyoming Territory, legislators granted women the right to vote in 1869.  In March 1870, Eliza Stewart Boyd’s name was drawn from a list of voters in Laramie County and she became the world’s first female juror.  That’s right – the world’s first.  She served on a grand jury that indicted Andrew Howie for murder and later that month, she and five other ladies participated as jurors in his criminal trial, which was conducted in the Belle of the West Saloon.

Reporters and “crayon men” swarmed into town to caricature these “repellent masculine creatures.”  The prosecutor moved to quash the female panel as illegal, but the trial judge dismissed his objections and silenced the protesters.  He assured the women that they would be protected “in body and in reputation” from any disrespect or outbreak of hostility and declared that it was now up to them to demonstrate their ability.  The court was called to order and the trial proceeded. 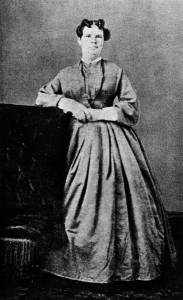 Believing that women understood nothing of the dangers that confronted men in the wild and woolly Territory, Howie’s attorney appealed to the women’s tender hearts.  He argued that the tall, blue-eyed and handsome young defendant had been threatened by a ruffian and had no choice but to shoot or be shot.  It was a touching story, but the tough-minded ladies of Laramie didn’t buy the self-defense excuse.  They voted unanimously to convict and Andrew Howie holds the distinction of being the first man put away by women.  The verdict dismayed the male citizenry.  Male juries typically acquitted in cases of disorderly conduct and violence.

The ladies exerted a civilizing influence in the courtroom.  According to one newspaper, “Lawyers took their heels off the table and quit whistling and expectorating; the judge put his legs and feet under the bench instead of on top of it; the attendants and spectators came better dressed; and the room was kept clean.”  The same six female jurors went on to render a series of guilty verdicts that prompted an exodus of dance-house keepers, horse thieves, and gunmen from Laramie.

This improvement in manners and moral tone cut no ice with a predominantly male public who believed that women had no business in the jury box.  After only one year, the legislators bowed to popular opinion and ended the practice.  Women regained the right to serve in 1890 when Wyoming became a State, but were barred again in 1892.

Elsewhere during the 19th Century, the notion of female jurors was regarded as ridiculous.  Women had children to tend at home and domestic work to do; they didn’t reason as well as, or in the same way as men; their sensitive natures required that they be shielded from contact with crime and criminals; and being confined in foul-smelling jury rooms with unclean men might be injurious to them.  The wives of the male jurors didn’t much care for mingling of the sexes behind closed doors, either. 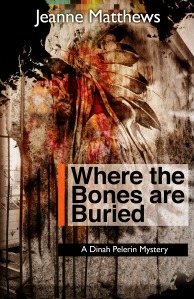 In 1898, the State of Utah gave women the right to serve, but as a practical matter, they were never called.  As of 1927, nineteen states allowed women on juries, although most were automatically exempted.  In 1942, the Supreme Court ruled that it was unconstitutional to force women to attend a training class in order to become jurors.  However in 1961 the Justices upheld a Florida law that excluded all women from jury duty unless they went to court and registered their desire to serve with the clerk.

It wasn’t until 1975 that the Supreme Court held that a jury pool consisting exclusively of men deprived the accused of a fair trial by a representative cross-section of the community.  Before that ruling, a state could constitutionally disqualify females based on the doctrine of propter defectum sexus – the defect of sex.  Interestingly, the Court’s decision wasn’t based on a woman’s equal rights, or on her fitness to reason and decide, but on the accused’s right to a fair trial guaranteed under the Sixth Amendment.  Go figure.

I look around at the six other women seated here with me.  Female jurors today are routine.  As the old Wyoming lullaby goes, “Baby, baby, don’t get in a fury; your mamma’s gone to sit on the jury.”