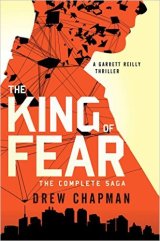 
A rousing episodic thriller with thoughtful implications for today’s economic world. Smoothly written and discerning readers can tell after just a few chapters that the author has written for series television. The structure of the novel falls neatly into segments with alarm, partial resolution and danger or abrupt cliff-hanger, every few chapters. That isn’t a bad thing, even if it gets predictable.

Readers of thriller fiction and television crime series aficionados will recognize many of the characters assembled in these pages to help the protagonist, Garrett Reilly, meet and best an insidious foreign plotter who is attempting to destroy America’s economy in one massive attack. The novel ranges over the entire world allowing readers to experience both spare and flowery location descriptions and to introduce a large number of unusual and talented characters. Character descriptions with background information is plentiful throughout the book as are a large number of competing organizations.

Lead defender, Garrett Reilly, is wanted by the FBI and the New York Police as a person of interest in the murder of the president of the New York Federal Reserve Bank. While dodging law enforcement, Reilly goes back to work for the Federal government as the only economist with the talent and intelligence to possibly save the nation’s economy from this massive attack. He leads a group of rag-tag hackers, thinkers and off-the-grid creative young people called Ascendant, a secret government experiment in cyber exploration.

It all has the frightening feel of reality and real possibility. A good solid thriller. 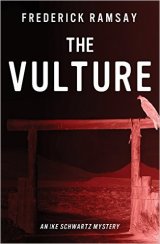 This tenth book in the Ike Schwartz series sends Ike and his college president wife Ruth into turbulent hiding from a wealthy, vengeful oligarch. A huge bomb destroys the sheriff’s vehicle and soon another explosion of a large propane tank eliminates his cabin in the woods where his wife, Ruth, is said to be hiding. Ike and Ruth are believed to be dead.

The cliché, ‘ripped from the headlines,’ is very appropriate here. A ruthless, obscenely wealthy oligarch who believes himself to be the savior of a failing nation, has created a kingdom on a huge private tract of land. From this base he hopes, one day, to launch a government takeover. The kingdom is located in, of all places, Idaho. Martin Pangborn’s radical racist militia has been dubbed the Fifty-first Star. He is the classic case of the public ultra-conservative hiding the most despicable of slimy self-indulgent beings. The intellectual duel between the sheriff of Picketsville and the bad guys is almost biblical in its structure and resolution.

All the characters fans of the Ike Schwartz crime novels will know are here, and they all have important roles to fill in weaving together a host of fibers aimed at entrapping Mr. Pangborn. Pangborn has been at pains over the years to corrupt and insert law enforcement personnel, ordinary murderers, civic officials at various levels, up to the Senate of the United States. So, the plot is tangled, textured and complicated. Or at least the moves to resolve an up-to-the-minute plot are so.

Anyone reading this fine novel who is aware of public affairs in this country during the last decade will recognize some of the incidents and many of the players. Fast-paced, filled with emotional ups and downs, the author has fashioned an excellent and enjoyable reading experience.

As is usual, I received a free copy of the novel from the publisher with no expectations whatsoever.

Reviewed by Carl Brookins, November 2015.
http://www.carlbrookins.com http://agora2.blogspot.com
The Case of the Purloined Painting, The Case of the Great Train Robbery, Reunion, Red Sky.