Careful what you wish for…

Sarah Schilling’s twelve year-old brother is wicked smart. But
this? Pure genius. Brian snagged an invitation to spend the
summer with their favorite aunt and uncle on St. Croix. Uncle
Jack tells them, “There will probably be some swimming, some
diving. We like to run. There’s a range, so maybe you’ll learn to
shoot. Cooking. Your Aunt Helen is a classically trained chef. You
knew that, right? There’s the Mallard seaplane, so maybe
you’ll learn something about flying. That sort of thing.”

That sort of thing sounds like too much work for Sarah Schilling’s
summer on the beach. Until Brian’s scuba regulator mysteriously
fails sixty feet underwater. Her training snaps into laser focus.
During Brian’s rescue they unearth the 250 year-old secret of
Black Bart—the pirate and his ghost. The discovery launches
them into a hurricane of peril at the hands of modern-day pirates.
The Schilling family will not survive unless Brian and Sarah
discover the most powerful weapon that is within themselves.

A Pirate’s Time Served is a YA thriller of a ghost story. It shows
how two teens can dig deeper than they thought possible,
discovering what it means to lead, to follow, and to
never ever give up—especially on family.

Recently a writer new to the industry emailed me a note asking this very question. How does a professional writer center him or herself and just start writing? Do the words suddenly flow as if you turned on a water spigot? Hardly. At least not for me. But neither is it a struggle. With all the other things demanding my time (Writers Resource Group, Inc., Stanford Writers School, animal training and my commitments to nonprofits) I treasure the time I’m able to sit down and just write. That’s the discipline I invoked on myself when I wrote God’s Banker and right now with A Pirate’s Time Served, a young adult novel about treasure hunting in the Caribbean. 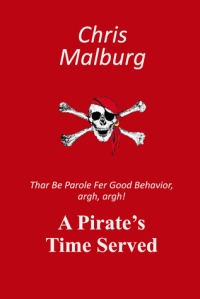 When I write, it is scheduled: Every day starting and finishing at exactly the same time. Each day I have the targeted number of words I need to produce. Most often it’s 1500- 2000 words. I have an outline of what today’s production will cover that I created the day before prior to reluctantly stopping work. This is the most valuable part. With this outline, I’m able to link production in a constant stream from day to day to day. I learned this from Seth Harwood at Stanford. It enables me to begin today’s production work fresh, but not cold. Running starts are always best.

Next thing, before I actually type the first word is to read my list of reminders. For me, there are currently 4, taken from Molly Breen also at Stanford. They remind me of errors I’ve made and don’t want to repeat and of dialog techniques I want to use. Finally, I just begin writing. With all this prep, now it begins to flow. Maybe I’ll strike the first paragraph later, but not often. I’ve been doing this for a while. I force myself to take a break for a few minutes every hour. I get up and walk the dogs, stretch, refill my water glass (with a shot of Gatorade). Anything to keep the blood and ideas flowing. Then I get right back to it.

I love being a writer. If I could do anything in the world it would be this. Thanks for asking. See more of the writing life of a working author at these videos: Writer on the Biz of Writing and Eavesdropping with My Characters . 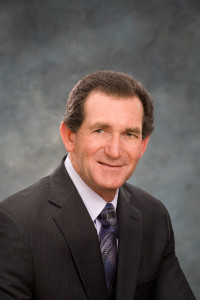 Chris Malburg is a widely published author, with work spread over 11 popular business books–including How to Fire Your Boss (Berkley) and Surviving the Bond Bear Market (Wiley, March 2011). In his other life, Chris is a CPA/MBA, a former investment banker and now the CEO of Writers Resource Group, Inc., providers of professional financial literary content to corporations (www.WritersResourceGroup.com). That’s the professional side of Chris’ career. The fun side began when UCLA’s Writers’ school taught him to transition from biz-speak to fiction. God’s Banker and the first installment in the Enforcement Division series, Deadly Acceleration, both combine Chris’ natural talent for story telling with his professional command of the high-stakes investment world and what money and power do to some people.

God’s Banker came to fruition from Chris’ hospital bed while recuperating from an athletic injury. As a long-time endurance athlete, Chris is no stranger to the surgeon’s scalpel. Over 130,000 words later, God’s Banker was complete. “It just poured out of me,” says the author. “I carried my note pad to physical therapy; made plot notes during the hours in the gym doing rehab; even while on my long bicycle rides through the hills overlooking the Pacific Ocean where we live. Slowly endurance returned and with it, God’s Banker.”

Chris Malburg lives in Los Angeles with his wife, Marilyn. Their hobby is raising service dogs for Guide Dogs for the Blind. As of this writing, they have raised eight Labrador retrievers and have had three make the cut for placement with their disabled partners.