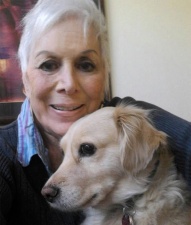 A frequent panelist, moderator, speaker and radio talk show host, Morgan St. James also presents a variety of workshops and has written over 600 published articles for the Los Angeles and Las Vegas editions of Examiner.com. She publishes “Writers’ Tricks of the Trade.” a free bi-monthly eZine

St. James currently has 14 books to her credit, in addition to writing her own novels like Betrayed and Confessions of a Cougar, as well as Writers’ Tricks of the Trade: 39 Things You Need to Know About the ABCs of Writing Fiction, a handbook for writers at all stages of their careers, Morgan and her sister Phyllice Bradner co-author the award-winning Silver Sisters Mystery series. A Corpse in the Soup was named Best Mystery Audio Book in 2007 by USA Book News, the 3rd book, Vanishing Act in Vegas, recently released, and they are currently working on the 4th book in the series, Diamonds in the Dumpster.

Many of St. James’award-winning short stories appear in her single author anthology, “The MAFIA FUNERAL and Other Short Stories” available as an audio book in addition to the paperback and Kindle editions. She has also contributed stories to various anthologies featuring multiple authors including two Chicken Soup for the Soul books. Memberships include Greater Los Angeles Writers Society, Sisters in Crime, Henderson Writers Group and Las Vegas Writers Group and she is on the board of Southern Nevada Writers.

When the idea first occurred to me, Writers Tricks of the Trade columns seemed like a nice little thing to do to help other writers. I’d been accepted by the online newspaper http://www.examiner.com as the Writing Examiner for Los Angeles and Las Vegas. My format was writing one article about writing tips and techniques and one Spotlight interview of a writer or person in some facet of the publishing business each week for each edition. That meant writing 4 articles a week which sounded manageable, but was actually quite a load. Over the 3 years I wrote for them, I churned out over 600 articles.

But, being a workaholic, it didn’t stop there. I’d been Vice President of the Sisters in Crime Southern Nevada chapter when it was in existence, and writing the monthly newsletter was one of my responsibilities. When the chapter was forced to close because the officers termed out and no one would volunteer to run, that meant there was no more newsletter, which was okay for a few months. I was really busy writing books, promoting and writing the Examiner articles. Then I began to suffer from “newsletter withdrawal.” I missed it so much, I decided to launch my own newsletter. At least, that’s what it began as. Now it’s a bi-monthly eZine packed with articles from contributors, conference listings, a “Life Story” feature, industry news, an occasional short story and much more. 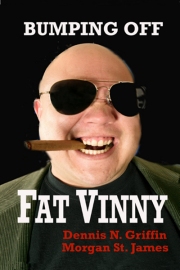 Meanwhile, whenever I gave a workshop at conferences or appeared on panels, the same question was always there: “Where can I get your book?”

Well, I didn’t have a book, so I would refer them to my Examiner articles or the newsletter, which was monthly at the time and much smaller than the current format. The more I was asked, the more I asked myself, “Why don’t I have a book?” I’d written at least 200 articles by then. So I decided there was no reason in the world not to have a book that people could buy at my appearances, and online. I picked 39 articles covering a little bit about a lot of things. I equated them with a delicious appetizer table at a writer’s buffet and arranged them in alphabetical order. I called it—what else? Writers Tricks of the Trade, and, in addition to my own chapters, included a bibliography at the back that listed many in-depth books which thoroughly explored several of the topics. Anything in the bibliography was a book on my personal bookshelf that I’d found very useful. People began to tell me they loved the humor and casual tone of my book, and some even said they would read a chapter in the morning before they began to write because it inspired them. Wow. It does have several anecdotes and a few of the backfires I wouldn’t want other writers to make. Also a few writing exercises following some of the chapters.

Meanwhile, new questions arose, like, “You have so many things under one title—in this case, Writers Tricks of the Trade—where is your blog?” Well, I didn’t have a specific blog for it, so the next step was setting up http://writerstricksofthetrade.blogspot.com, which has had over 42,000 hits since its inception. And, of course that required generating more content. But it was also a promotional vehicle. Just like the Facebook Fan Page that followed it. 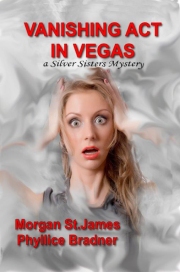 I thought that was the end of it, when I was contacted by Dennis N. Griffin, who co-authored two books with me and has had a Blog Talk Radio show for several years. “Hey, Morgan,” he said. “What would you think of a Writers Tricks of the Trade radio show?” Without even considering how much time and planning that would take, I said, “Sure. Sounds good.” I’ve always been about helping other writers because I got lots of help and encouragement along the way, and this sounded like one more way to make this happen. I’m on the Board of Writers of Southern Nevada, and Denny and I invited Eric James Miller, President of Writers of Southern Nevada, to join us on the show. At this writing, 17 archived podcasts that anyone can listen to at their convenience, every show is archived and we air on the 2nd and 4th Wednesday of the month.

Just a minute. Did I say convenience? It is not easy at all to find the shows on Blog Talk Radio, so guess what? That required a new blog/website that incorporates a little overview of each show and a Show Directory with direct links to each show. http://writerstricksofthetraderadio.blogspot.com was created. Yet another addition to the Writers Tricks of the Trade brand.

We are in the process of forming an alliance with Cold Coffee Press (www.coldcoffeepress.com) relative to the radio show, and in conjunction we will be adding author interview shows, but that is still in the planning stage.

I didn’t start out to establish a brand, but with so many things under the Writers Tricks of the Trade umbrella, guess what? I have a brand, and the mission of the brand is to help other writers and in the process promote myself right along with our contributors and guests.

I always figured if I was going to establish a brand, it would be for the funny Silver Sisters Mysteries series I write with my sister, or some of my other books. Then Writers Tricks of the Trade snuck up and sucked me in before I realized how much it was going to expand. The good news is, when I promote Writers Tricks of the Trade, it also allows me to promote my own books without it all being about me.

Maybe it is time for you to consider establishing a brand if you don’t already have one.

Check my main website www.morganstjames-author.com. Under the Blog tab you will find links to all the other online sites I administer.