Animal photographer Janet MacPhail has just arrived at a
sheep-herding competition with her Australian Shepherd, Jay,
when she learns that a dozen sheep have disappeared. Police
think the animals have wandered off in search of greener grass,
but Janet sees and hears things that convince her the sheep’s
owners are right—the animals have been stolen.

Janet knows she should leave the snooping to the police while she
attends to her own problems—new living arrangements, her mom’s
wedding plans, puppy and kitten antics, and extremists bent on
keeping people from having pets. But when a livestock handler turns up
dead and the sheep’s owner disappears, the police and a pair of thugs
pay Janet way more attention than she likes. She sets out to find
answers, putting herself and those she loves in the killer’s crosshairs.

Sheila Webster Boneham writes fiction and nonfiction, much of it focused on animals, nature, and travel. Drop Dead on Recall (Midnight Ink, 2012) won the 2013 Maxwell Award for Best Fiction Book from the Dog Writers Association of American and was named a Top Ten Dog Book of 2012 by NBC Petside. The sequel, The Money Bird (2013) was a Maxwell finalist in 2014. Shepherd’s Crook, the fourth Animals in Focus Mystery, will be out in fall 2015. Six of Sheila’s nonfiction books have been named best in their categories in the Dog Writers Association of America (DWAA) and the Cat Writers Association (CWA) annual competitions, and her book Rescue Matters! How to Find, Foster, and Rehome Companion Animals (Alpine, 2009) has been called a “must read” for anyone involved with animal rescue. Her work has also been nominated for the Pushcart Prize in literary nonfiction. Learn more at http://www.writersandotheranimals.com or http://www.sheilaboneham.com

Praise for the Series

Drop Dead on Recall
The intricate plot has plenty of surprises, red herrings, and
interesting details about animals. Fans of Laurien Berenson or Susan
Conant will especially enjoy this pet-centered mystery.—Booklist

The Money Bird
Equal parts mystery and dog appreciation, with a dash of romance
thrown in for good measure, this second case for Janet and her
pals is accessible to fans of all three.—Kirkus Reviews 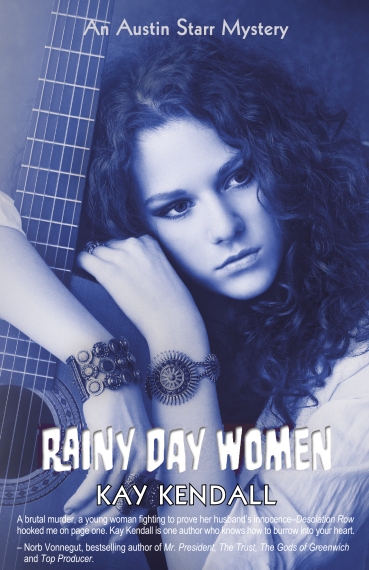 In 1969, during the week of the Manson murders and Woodstock, the
intrepid amateur sleuth, infant in tow, flies across the continent to
support a friend suspected of murdering women’s liberation activists
in Seattle and Vancouver. Then her former CIA trainer warns that an
old enemy has contracted a hit on her. Her anxious husband demands
that she give up her quest and fly back to him. How much should Austin
risk when tracking the killer puts her and her baby’s life in danger? 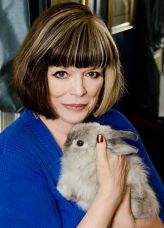 “Determined to clear a close friend who’s suspected of murdering a
popular feminist leader, Austin Starr struggles to balance family and
personal in dependence. Vivid detail of the 1960s and a clever plot make
Rainy Day Women an outstanding follow-up to Kay Kendall’s strong
debut, Desolation Row. Austin Starr is a memorable protagonist, and
Kendall’s skill at crafting a compelling mystery kept me turning the pages!”
– Robert Rotstein, author of The Bomb Maker’s Son and Corrupt Practices“
***
Kay Kendall’s second Austin Starr mystery will have you believing it’s
1969 all over again. In a book where the musical references mean you’ll
find yourself humming tunes now known as ‘classic vinyl,’ Kendall peppers
her work with references to the times which make the decades disappear
– and she respects her readers enough to not overdo it. Her sense of place
as she allows the mystery to unfold within Vancouver’s University of
British Columbia, beset by the rain for which the ‘wet’ coast is known,
is pitch perfect. Hot diggity – a thoroughly enjoyable read. Now I’m off
to dig out my Bob Dylan albums and find an old bra I can burn.”
– Cathy Ace, author of The Cait Morgan Mysteries
and the WISE Enquiries Agency Mysteries
***
Feminism, the ‘60s, murder, and a friend in big trouble. Austin Starr is
back to help, leaving her husband behind but bringing her baby along.
Rainy Day Women is an entertaining and fast-paced mystery set in
a turbulent time. Right on! ” – Bill Crider, Texas author