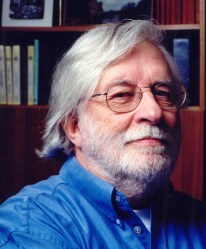 Before he became a mystery writer and reviewer, Carl Brookins was a counselor and faculty member at Metropolitan State University in Saint Paul, Minnesota. Brookins and his wife are avid recreational sailors.

He is a member of Mystery Writers of America, Sisters in Crime, and Private Eye Writers of America. He can frequently be found touring bookstores and libraries with his companions-in-crime, The Minnesota Crime Wave.

He writes the sailing adventure series featuring Michael Tanner and Mary Whitney. The third novel is Old Silver. His new private investigator series features Sean NMI Sean, a short P.I. The first is titled The Case of the Greedy Lawyers. Brookins received a liberal arts degree from the University of Minnesota and studied for a MA in Communications at Michigan State University.

I stole the title from Colin Evans. He wrote a book for Wiley Press by that title. It’s a fascinating look at fifteen milestone cases of probable/possible crimes that depend for their resolution on controversial forensic evidence. He calls the question of the authenticity of the Turin Shroud a perfect crime of its type, a fraud committed several hundred years ago that persists to this day. Of course, it is largely a benign fraud. Research is so important. Language is so important. How can a victim, shot in the middle of a room, on the twenty-fifth floor, fall to the ground? Surely there is a floor there. Tile, wood, composition, or perhaps a carpet?

Those of us who are interested in the questions of evidence, as they relate to our stories of crimes and criminals, would find that book, published in 2001, a useful book for the library. Among the crimes he dissects in A Question of Evidence are some high profile cases, including those of Napoleon, William Lancaster, Samuel Sheppard, and O. J. Simpson. Did you know that experienced entomologists can predict very closely the time of death of a human being by examining the state of the insects found in and around that body? The identification of the remains of a certain King of England under that parking lot, through forensic study, is a recent example of the application of science to the collection of evidence, to the proffer of proof.

Why would you ever care that the weight of a cubic foot of common red brick was 120 pounds? Well, you might if your villain wanted to build a device to drop the brick on the head of a target, yes? Let’s say you wanted to kill an adversary while you were miles away, so you rig a device that drops the brick on your target when he, or she, opens a certain door. 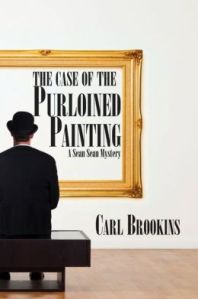 When I wrote Devils Island, I did some research to back up my experience with bodies in motion in water and the flight paths of emergency flare pistols. When I wrote Hard Cheese, I inquired as to whether a typical hollowed out round of cheese might hold enough drugs to make the subterfuge worthwhile.

Bolts that hold various engine parts together are chosen, in part, based on their resistance to stress. The material from which the bolt is made is chosen for, among other things, resistance to wear and stress. Suppose you wanted to kill or injure someone by substituting different bolts in an engine that would give way under certain levels of stress. Would that work? What if you did that and then had to ride in the altered car with the intended victim? Wouldn’t that be a harrowing experience? Is that a useful plot device?

Policemen will often tell you that forensic science rarely helps catch criminals, but it does help to convict them, once a viable suspect is identified and brought to trial. We who write crime novels owe it to our readers—and ourselves—to be accurate. The better our evidence, the more careful our research, the more likely we are to produce a useful interesting piece of work.