On a rainy Southern night, Jade Sperry endured a young woman’s worst nightmare at the hands of three local hell-raisers. Robbed of her youthful ideals and at the center of scandal and tragedy, Jade ran as far and as fast as she could. But she never forgot the sleepy “company town” where every man, woman, and child was dependent on one wealthy family. And she never forgot their spoiled son, who with his two friends changed her life forever. Someday, somehow, she’d return . . . exacting a just revenge, freeing herself from her enemies’ grasp, and, perhaps, fulfilling a lost promise of love.

Revenge is the driving force in Breath of Scandal but the core of the story really is the obsession that grows within a damaged girl, obsession that can only be soothed by Jade seeing her enemy brought to his knees at her hands, even if it’s not a physical payback. In fact, payback is the end goal for everything that Jade does in the years following the terrible event in her youth.

Sandra Brown is a pro at this kind of suspense but I did think this one fell just a little short, mainly because obsession itself can become tiresome at times. I also felt the romance with Dillon, although a nice foil to the insecurities in Jade’s personality, led to scenes that are more graphic than suits my taste (but that’s strictly a personal thing and I’m quite sure others will relish this relationship).

Longtime readers of Ms. Brown’s books should take note that, while this ebook was released in 2013, it is not a new book. The original edition came out in 1991 and I think this is why I didn’t feel this one quite came up to snuff; her later books are much better written, as they should be. Still, I’ve read a number of other books by Ms. Brown and will continue to do so despite not being entirely enthralled this time. 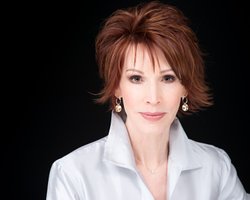 Brown began her writing career in 1981 and since then has published over seventy novels, bringing the number of copies of her books in print worldwide to upwards of eighty million. Her work has been translated into over thirty languages.

A lifelong Texan, Sandra Brown was born in Waco, grew up in Fort Worth and attended Texas Christian University, majoring in English. Before embarking on her writing career, she worked as a model at the Dallas Apparel Mart, and in television, including weathercasting for WFAA-TV in Dallas, and feature reporting on the nationally syndicated program “PM Magazine.”

In 2009 Brown detoured from her thrillers to write RAINWATER, a much acclaimed, powerfully moving story about honor and sacrifice during the Great Depression.

Brown recently was given an honorary Doctorate of Humane Letters from Texas Christian University. She was named Thriller Master for 2008, the top award given by the International Thriller Writer’s Association. Other awards and commendations include the 2007 Texas Medal of Arts Award for Literature and the Romance Writers of America’s Lifetime Achievement Award.