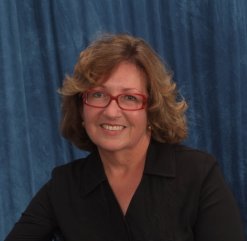 Sheila Webster Boneham writes fiction, nonfiction, and poetry, successfully crossing the lterary-popular “divide.” Drop Dead on Recall (Midnight Ink, 2012) won the 2013 Maxwell Award for Best Fiction Book from the Dog Writers Association of America and was named a Top Ten Dog Book of 2012 by NBC Petside. The sequel, The Money Bird, was a Maxwell finalist in 2014. Catwalk came out in 2014, and Shepherd’s Crook will be available in October 2015.

Six of Sheila’s non-fiction books have been named best in their categories in the Dog Writers Association of America (DWAA) and the Cat Writers Association (CWA) annual competitions, and two of her other books and a short story have been finalists in the annual competitions. Her book Rescue Matters! How to Find, Foster, and Rehome Companion Animals (Alpine, 2009) has been called a “must read” for anyone involved with animal rescue. Her essay “A Question of Corvids” (crows, magpies, etc.) won the 2014 Prime Number Magazine Award for Creative Nonfiction and is a Pushcart Prize nominee. You can read it at http://www.primenumbermagazine.com/Issue61_Nonfiction_SheilaWebsterBoneham.html

Sheila’s books are available in paperback, ebook, Audible, and large print editions from all the usual sources. Autographed copies can be ordered here: http://www.sheilaboneham.blogspot.com/p/autographed-books.html . You can keep up with news about Sheila’s books, current promotions, and more at Sheila’s blogs/websites: www.writersandotheranimals.blogspot.com and www.sheilaboneham.com. You can also connect with Sheila on Facebook at https://www.facebook.com/sheilawrites (or search her name).

Developing the plot of a book is one thing. Developing an ongoing “plot” for a series is something else entirely. Each individual book needs to have its own story arc, but each book also needs to fit into a longer story that progresses through the sequence of books. In other words, a reader should be able to pick up any book in the series and read without being lost, but should also find that reading the books in order illuminates the characters’ journeys and makes for a richer experience.

There are many ways to structure a series. I can’t say I knew at the start where the characters were going, but in my Animals in Focus series, I see three driving forces behind the individual books and the ongoing story—characters, animal-oriented activities, and critical issues.

Let’s start with the characters, because to me they are the essence of the series. Each character needs to develop in her own way, and series characters must develop not only within each book, but from one book to the next. Fifty-something animal photographer Janet MacPhail, her Australian Shepherd Jay, and her orange tabby Leo are at the heart of the Animals in Focus series right from the start. Other essential characters include a good-looking anthropologist, Tom Saunders, and his black Labrador Retriever, Drake, who are both “persons of interest” to Janet. The progress and pitfalls of their developing relationship begins in book one, Drop Dead on Recall, develops in book two, The Money Bird, and hits a wall in book three, Catwalk. And in book four….well, you’ll have to wait for Shepherd’s Crook, coming in October, to find out what happens next.

Another story line involves Janet’s relationship with her mother, who is battling dementia. In book one, Janet has to move Mom to a nursing home with minimal help from her brother, and the old lady isn’t going quietly. The nursing home is a good one, though, using several innovative approaches, including therapy animals and a therapy garden, which may be of interest to some readers. In book two, Mom is reasonably settled into her new life, but not so much that she can’t raise an occasional ruckus. And in Catwalk, something unexpected happens in Mom’s life—she sure surprised me!—and that thread continues this fall. 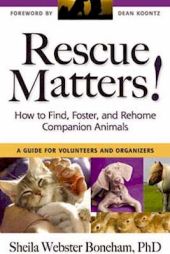 Janet’s neighbor and best friend, Goldie Sunshine, has ever more prominent roles as the series develops, as do Janet’s brother, Bill, and his husband, Norm. And then there’s Giselle Swann, who is on a trajectory I never saw coming when I wrote the first book. In Drop Dead on Recall, Giselle is, frankly, a mess. In The Money Bird, she’s made a little progress, and in Catwalk she’s picking up speed. Wait ’til you see what Giselle is up to in book four. (Understanding such characters’ stories is one reason to start at the beginning of a series, although my books can stand alone.)

The plot of each book in the series sees Janet focusing on one or two of the animal sports or activities that she enjoys with Jay and Leo. In fact, the titles all allude to the sport that’s in the spotlight as well as an element of the mystery. In Drop Dead on Recall, we begin at an obedience trial and follow Janet to obedience and agility training sessions and to a rescue event. The title comes from an exercise in open-level obedience competition called the “drop on recall” and, in the opening scene, a top competitor dropping dead during that exercise. A number of issues seem linked to the murder—breeder ethics, canine rescue, over-the-top competitiveness, and more. Luckily, Janet’s quick mind, good friends, and cheeky sense of humor see her through. In The Money Bird, Tom and Drake are training for an advanced retriever hunt test title, and Janet tags along to take photos. That title comes from a term used in field trials—the “money bird” is the last bird a dog retrieves, without which there is no money, or prize. The mystery involves illegal trafficking in endangered birds, some of which are serious money birds for the traffickers.

In Catwalk, Janet’s lovely cat, Leo, gets to show his stuff in feline agility and as a “spokescat” for feline rescue. He’s already proven himself a hero in book one, but now he gets to play. And Jay, too, is running with Janet in dog agility when he isn’t searching for lost kittens. Janet finds herself drawn into the politics of feral cat colonies and trap-neuter-release programs as well as uncontrolled land development in environmentally sensitive areas. The next book, scheduled for release in October, finds Jay herding sheep and Janet doing her best to keep up with him, her relationships, and—of course—a killer. Several series threads also take turns that will affect future books, but whatever happens, we know that Janet will keep animals in focus.

Animal photographer Janet MacPhail is training for her cat Leo’s first feline agility trial when she gets a frantic call about a “cat-napping.” When Janet and her Australian Shepherd Jay set out to track down the missing kitty, they quickly find themselves drawn into the volatile politics of feral cat colonies, endangered wetlands, and a belligerent big-shot land developer. Janet is crazy busy trying to keep up with her mom’s nursing-home romance, her own relationship with Tom and his Labrador Retriever Drake, and upcoming agility trials with Jay and Leo. But when a body is discovered on the canine competition course, it stops the participants dead in their tracks—and sets Janet on the trail of a killer.