Janis Susan May/Janis Patterson is a 7th-generation Texan and a 3rd-generation wordsmith who writes in mystery, romance, horror, children’s and non-fiction/scholarly. Once an actress and a singer, Janis has also been editor-in-chief of two multi-magazine publishing groups as well as many other things, including being one of the original 40 or so women who founded RWA and an enthusiastic amateur Egyptologist. Janis and her husband live in Texas with an assortment of rescued furbabies.

That’s a question I get asked fairly often. I mean, I was educated and trained for another profession, I’ve worked in a plethora of widely varied jobs and industries (from magazine editor to acting to Supervisor of Accessioning at a DNA testing lab, for example), and I have a number of skillsets, so people are curious why I am so happily settled in such a notoriously non-lucrative industry. Yes, I know the superstars make great money, but those of us who labor in the cross-genre and/or niche markets don’t. Believe me, we don’t.

So why do I write? The easy answer is that I bore very easily. Neither do I suffer fools, who are more prevalent in this world than anyone would believe, usually – in accordance with the Peter Principle – those who have risen to the level of their incompetence. I also dislike regimentation, and the constant reshaping of my work and vision to fit the whims of others, so that’s why I’m currently self-publishing.

Life is never boring when in your mind and your words you can do anything, anywhere, anytime, with the most interesting people you can pull out of your brain. The Husband calls it sitting alone in an empty room full of my invisible friends. He isn’t a writer, so he doesn’t really understand, but at least he hasn’t called the little men in the white coats. Yet.

But it’s more than that. Even with my vast and varied work history and experiences, in writing I can live many other lives, lives that would be denied me in real life. (Reality, however, is vastly overrated.) Through my writing I can be a queen in Ancient Egypt, or a Lady of Fashion in Regency England, or a fearless sleuth who through instinct and esoteric knowledge solves crime after crime. I can be tall, short, slender, brilliant blonde or titian-tressed, twenty years old or a cantankerous old woman. I can be… well, you get the idea.

Sounds like I want to be a female Peter Pan and never grow up, which I guess is partially true, but I assure you that where it counts I am indeed an adult. I pay my bills on time, and look after friends and family members when it is needed. I try to be a good wife to The Husband. I watch my grammar and spelling, create rational plots, and meet my deadlines. I pretty much am a grown-up, except that I never really grew up. 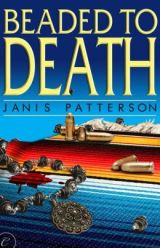 Sounds idyllic, doesn’t it? Well, from the outside, perhaps, it might seem so, but it’s not. Writing, contrary to public opinion, is hard work. We have to create believable worlds and people and situations out of nothing but imagination and caffeine. Writers don’t just sit down and toss off a bestseller, no matter what popular culture says. There’s research – at least there should be – and never-ending attention to detail. And work. Lots of work.

Characters take on their own lives and pull the plot away from the direction I constructed for it. Some people have the much-envied ability to create their characters. They use charts and questionnaires that explore the characters’ innermost thoughts and feelings, even to what kind of Jello™ they like. They have books of names and their meanings, so the character’s name can match his attributes.

Such devices bore me silly, even as I almost envy such control. My characters simply march in, fully formed and named, and tell me what they’re going to do. It’s intimidating. Sometimes, especially with minor characters, I have some modicum of power to change them, but major ones – forget it. If they don’t like what I’m trying to do, they simply clam up, refuse to respond and either go hide or just lie there as animate and engaging as telephone poles. Small wonder that The Husband said, when I tried unsuccessfully to explain the writing process to him, that it sounded more like possession than creativity. He might be right. 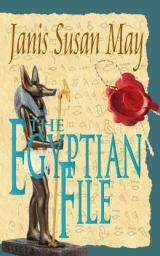 Whatever it is, though, I wouldn’t give it up, even on the worst days.

A very wise man once said choose to do something you love and you will never work a day in your life. Like all aphorisms it is a bit of a generalization. I think whatever you do, whether you love it or not, there will be days you question your sanity for ever attempting it. For me such predictable pitfalls are uncooperative characters, a plot hole that suddenly opens beneath my feet like a sinkhole, research that disproves the main thesis of my idea… everything and anything up to and including arthritic hands cramping from too long at the keyboard. There are days that I wish I had become a plumber, or an aeronautical engineer, or anything that did not force me to work with words and plots and characters. Thankfully, though, such moments are few because there are too many stories, too many characters in my head clamoring for release.

So why do I write? Because I can’t not write.