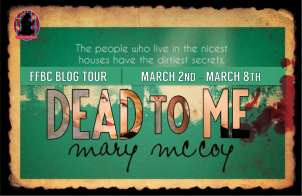 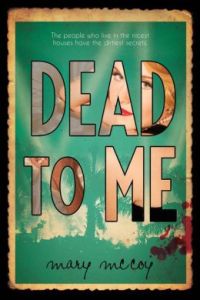 “Don’t believe anything they say.”

Those were the last words that Annie spoke to Alice before turning her back on their family and vanishing without a trace. Alice spent four years waiting and wondering when the impossibly glamorous sister she idolized would return to her–and what their Hollywood-insider parents had done to drive her away.

When Annie does turn up, the blond, broken stranger lying in a coma has no answers for her. But Alice isn’t a kid anymore, and this time she won’t let anything stand between her and the truth, no matter how ugly. The search for those who beat Annie and left her for dead leads Alice into a treacherous world of tough-talking private eyes, psychopathic movie stars, and troubled starlets–and onto the trail of a young runaway who is the sole witness to an unspeakable crime. What this girl knows could shut down a criminal syndicate and put Annie’s attacker behind bars–if Alice can find her first. And she isn’t the only one looking.

Evoking classic film noir, debut novelist Mary McCoy brings the dangerous glamour of Hollywood’s Golden Age to life, where the most decadent parties can be the deadliest, and no drive into the sunset can erase the crimes of the past.

There is plenty about Dead to Me that I should not like very much. I generally don’t care for books set in the film world, I’m not crazy about noir and/or hardboiled private eyes and the late 1940’s leave me kind of indifferent. Why on earth, then, did I sign up for this blog tour?

Truth is, I was intrigued by the story description, particularly the notion of a teenaged girl working so hard to get to the truth and find out who would do such a thing to her sister and why, not to mention learn why Annie had disappeared years before. The time period involved made it more interesting despite my usual antipathy precisely because Alice would have so much going against her in this era when teen girls were not exactly held in high esteem. Also, let’s face it, I was pulled in by my immediate feeling that this could be very Nancy Drew-ish and I have a fondness for that young lady. I’m happy to say that Ms. McCoy didn’t let me down in any way. Within the first three pages, I was captivated.

From the beginning, Alice shows herself to be intelligent and more than a bit nosy, great qualifications for a budding detective. Along the way, she encounters those who would harm her but also those who want to help and she needs them because the surprises start immediately when Alice  learns that Annie wouldn’t want their emotionally distant father to know what has happened. Alice isn’t perfect, though, in her zeal to get to the truth; she makes a lot of mistakes as you might expect and, without a private investigator named Jerry Shaffer, she likely wouldn’t have gotten very far.

A number of the characters in Dead to Me are seemingly quite stereotypical on the surface, right down to the seedy private eye and dirty cops, but Ms. McCoy gives them a bit of flair that makes them feel very real. Alice  even smacks a little of Veronica Mars, another of my favorite teen girl detectives 😉 I’ve become quite fond of Alice and Jerry and really hope Ms. McCoy will bring them back.

Mary McCoy is a librarian at the Los Angeles Public Library. She has also been a contributor to On Bunker Hill and the 1947project, where she wrote stories about Los Angeles’s notorious past. She grew up in western Pennsylvania and studied at Rhodes College and the University of Wisconsin. Mary now lives in Los Angeles with her husband. Her debut novel, Dead To Me, is a YA mystery set in the glamorous, treacherous world of 1940s Hollywood.

Ivy Westfall is beyond the fence and she is alone. Abandoned
by her family and separated from Bishop Lattimer, Ivy must find
a way to survive on her own in a land filled with countless dangers,
both human and natural. She has traded a more civilized type of
cruelty–forced marriages and murder plots–for the bare-knuckled
brutality required to survive outside Westfall’s borders.

But there is hope beyond the fence, as well. And when Bishop
reappears in Ivy’s life, she must decide if returning to Westfall to
take a final stand for what she believes is right is worth losing
everything she’s fought for.

Amy Engel was born in Kansas and after a childhood spent bouncing between countries (Iran, Taiwan) and states (Kansas; California; Missouri; Washington, D.C.), she settled in Kansas City, Missouri, where she lives with her husband and two kids. Before devoting herself full-time to motherhood and writing, she was a criminal defense attorney, which is not quite as exciting as it looks on TV. When she has a free moment, she can usually be found reading, running, or shoe shopping. The Book of Ivy was her debut YA novel. Find her online at http://amyengel.net/ or @aengelwrites.