Rebel lovers Naya and Ric have survived one year in hiding, raising Naya’s twins from infants to toddlers in the shadow of the brutal Auberge dictatorship. They’re alive, and they’re together, but the city is crumbling around them and the haunting memory of Naya’s dark days on The Line have never fully left them. Living in isolation won’t be an option forever.

When a mysterious revolutionary seeks their help to infiltrate Auberge’s electronic heart and shut it down, it’s an opportunity—it’s risky, yes, but if it works they’ll get out of the city and taste freedom for the first time. Naya needs this. They need this.

Beyond the broken walls of Auberge, Naya and Ric find the paradise they’ve always longed for. But with anarchy reigning and Naya’s children lost amidst the chaos, they’ll need to forfeit their post-apocalyptic Eden or commit an unspeakable act.

A year and a half after getting away from the Line, Naya hasn’t really escaped the torment of those years. Even her adorable ten-month-old twins, Clea and Adena, can’t make her forget nor can her deep love for Ric make the nightmares go away. Deep inside, Naya is painfully aware that Auberge still controls life, still enslaves young girls and impoverishes entire families.

No wonder, then, that when Sonya finds them and demands Naya and Ric join the revolution, Naya finds herself drawn to what seems to be an impossible cause and, indeed, Sonya finally has to admit that the revolution consists of an “army” of six. The plan, though desperate and crazy, might just work and Naya is driven to try to destroy Auberge.

Despite everything she has been through and the horrific memories, Naya has strengthened emotionally and she’s no longer the frightened, helpless girl she used to be. Thanks to Ric and her friend, Shirel, and to her babies, Naya has learned to trust and to love. She’s a far different person from the one we met in the first book, Carrier. She’s not the only one; Shirel now believes in her own worth and Ric is completely in love with his make-shift family, as content in his life as a man can be who exists in a world of oppression.

Much more pain is ahead for these few who dare to fight back but is freedom, true freedom, worth what is about to happen? I’ll say this—I thought the ending was just a bit contrived, a little too coincidental, but still very satisfying and, as with Carrier, I appreciate the author shining a light on the kind of oppression that is all too alive and well in our world today. It never hurts to be reminded.

One word of caution to readers new to the duology—you must read the books in order or you just won’t get the full effect. This story is now done and, while I’ll miss these characters, I’m looking forward to whatever Ms. Tibbets will bring us next. 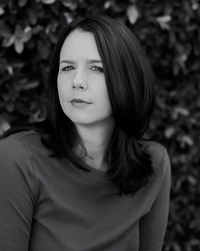 Anne divides her time between writing, her family, and three furry creatures that she secretly believes are plotting her assassination.

One thought on “Book Review: Walled by Anne Tibbets”