In Peter James’ Want You Dead, thirty-year old Red Cameron meets
handsome, charming and rich thirty-five year old Bryce Laurent through
an online dating agency, and is instantly attracted to him. But as their love
blossoms, the truth about his past begins to emerge, and with it his dark
side. Everything he has told Red about himself turns out to be a
tissue of lies, and her infatuation with him gradually turns to terror.

Within a year, and under police protection, she evicts him from her flat
and her life. But far from being over, her nightmare is only just beginning.
For Bryce is obsessed and besotted with her. He intends to destroy, by fire,
everything and everyone she has ever known and loved—and then her, too.
It’s up to Detective Superintendent Roy Grace to stop him before it’s too late… 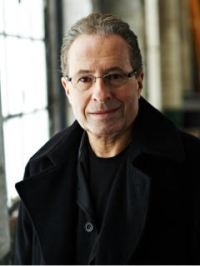 An established film producer and scriptwriter, James (@peterjamesuk) lived in the U.S. for a number of years and produced films, including “The Merchant of Venice”, starring Al Pacino, Jeremy Irons, and Joseph Fiennes. A TV adaptation of the Roy Grace series is currently in development, with James overseeing all aspects, including scriptwriting, In 2009, James was awarded an honorary doctorate by the University of Brighton in recognition of his services to literature and the community. He is Patron of Crimestoppers in Sussex alongside Vera Lynn and in 2012 was made Patron of The Whitehawk Inn. In 2011, James became Chair of the Crime Writers’ Association. He has won many literary awards, including the publicly voted ITV3 Crime Thriller Awards People’s Bestseller Dagger in 2011 and was shortlisted for the Wellcome Trust Book Prize for Perfect People in 2012.

James’ novels have been translated into thirty-six languages and three have been turned into films. All of his novels reflect a deep interest in the world of the police, with whom he does in-depth research and has unprecedented access, as well as science, medicine, and the paranormal. James divides his time between his homes in Notting Hill in London and near Brighton in Sussex.

The author is unflinching in his descriptions of domestic abuse, and
paints a vivid picture of Brighton with daily life punctuated by cigarettes,
booze, and greasy food.—Publishers Weekly

…there’s no arguing with James’ lethal talent but even by his stellar standards
this terrifying, excruciatingly tense tale of twisted obsession is outstanding.
This is the 10th book in the DS Roy Grace series and it might
just be the best one yet.—The Daily Record