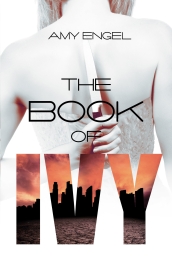 What would you kill for?

After a brutal nuclear war, the United States was left decimated. A small group of survivors eventually banded together, but only after more conflict over which family would govern the new nation. The Westfalls lost. Fifty years later, peace and control are maintained by marrying the daughters of the losing side to the sons of the winning group in a yearly ritual.

This year, it is my turn.

My name is Ivy Westfall, and my mission is simple: to kill the president’s son—my soon-to-be husband—and return the Westfall family to power.

But Bishop Lattimer is either a very skilled actor or he’s not the cruel, heartless boy my family warned me to expect. He might even be the one person in this world who truly understands me. But there is no escape from my fate. I am the only one who can restore the Westfall legacy.

Because Bishop must die. And I must be the one to kill him…

Twists and turns abound in The Book of Ivy and I can honestly say this is one of my top books of 2014. The interesting thing is I never anticipated feeling this way.

At heart, this is a typical post-apocalyptic/dystopian story in which the society is divided into two sectors, the oppressors and the oppressed, and one amongst the oppressed is chosen to carry out a deadly attack on a leader of the controlling side. Along the way, a romance will develop between the attacker and the attackee.

And that’s where any similarities end. In fact, much of that premise is turned on its head and that’s why I love this book. Just when I’d be getting comfortable with what was going on, Ms. Engel would throw me a curveball and I’d have to sit up and pay attention. Then, I’d start to settle in again when—dang!—she’d do it again. To say I never got bored reading this book would be a stupendous understatement as this is one of the best plots I’ve seen in quite a while in ANY genre.

Worldbuilding is not really in-depth but the author has offered enough so that I wasn’t distracted by my own questions. I never want to know all the details in the first book and, in this case, I was very satisfied.

When it comes to the characters, every last one of the major players, and even some of the lesser-seen, is multi-dimensional and you can never be sure you know everything about them. Just when you’re sure so-and-so is pretty much scum of the earth, he/she will go and show you a softer side and, conversely, none of the so-called “good guys” are 100% good, not by a long shot. And did I mention there’s no love triangle, thank heavens? AND no insta-love, either. Be still, my heart!

Ivy and Bishop are both strong characters with character, if you get my drift, and the relationship that builds up between them is very believable. They’re both pawns at the mercy of their families and made me think of Romeo and Juliet in some ways without the suicidal tendencies. Even so, both Ivy and Bishop have backbones and, together, they grow to learn that life is not black and white and they have choices. My heart went out to them many times because there is so much going against them and, really, no way they could avoid what was coming at the end—and, oh, what an ending. A terrific plot, interesting and appealing characters (even the ones we wouldn’t usually care about) and a crackerjack ending…I don’t know how I’m going to wait till next November for The Revolution of Ivy. Maybe Ms. Engel will take pity on us (me!) and give us a short story or two in the meantime  😉 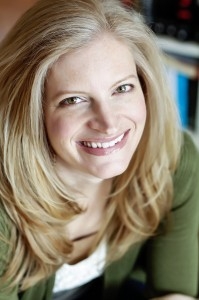 Amy Engel was born in Kansas and after a childhood spent bouncing between countries (Iran, Taiwan) and states (Kansas; California; Missouri; Washington, D.C.), she settled in Kansas City, Missouri, where she lives with her husband and two kids. Before devoting herself full-time to motherhood and writing, she was a criminal defense attorney, which is not quite as exciting as it looks on TV. When she has a free moment, she can usually be found reading, running, or shoe shopping. The Book of Ivy is her debut YA novel. Find her online at http://amyengel.net/ or @aengelwrites.

4 thoughts on “Book Review: The Book of Ivy by Amy Engel”