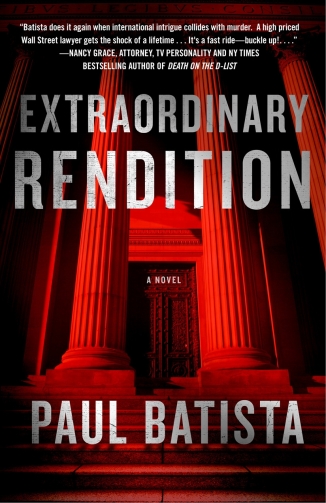 When Ali Hussein, suspected terrorist and alleged banker for Al Qaeda, is finally transported from Guantanamo Bay to the US mainland to stand trial, many are stunned when Byron Carlos Johnson, a pre-eminent lawyer and son of a high-profile diplomat, volunteers to represent him.  On principle, Johnson thought he was merely defending a man unjustly captured through Rendition and water-boarded illegally. But Johnson soon learns that there is much more at stake than one man’s civil rights.

Hussein’s intimate knowledge of key financial transactions could lead to the capture of—or the unabated funding of—the world’s most dangerous terror cells.  This makes Hussein the target of corrupt US intelligence forces on one side, and ruthless international terrorists on the other.  And, it puts Byron Carlos Johnson squarely in the crosshairs of both.

Pulled irresistibly by forces he can and cannot see, Johnson enters a lethal maze of espionage, manipulation, legal traps and murder. And when his life, his love, and his acclaimed principles are on the line, Johnson may have one gambit left that can save them all; a play that even his confidants could not have anticipated. He must become the hunter among hunters in the deadliest game.

Paul Batista, novelist and television personality, is one of the most widely known trial lawyers in the country. As a trial attorney, he specializes in federal criminal litigation. As a media figure, he is known for his regular appearances as guest legal commentator on a variety of television shows including, Court TV, CNN, HLN and WNBC. He’s also appeared in the HBO movie, You Don’t Know Jack, starring Al Pacino.

A prolific writer, Batista authored the leading treatise on the primary federal anti-racketeering statute, Civil RICO Practice Manual, which is now in its third edition (Wiley & Sons, 1987; Wolters Kluwer, 2008). He has written articles for The New York Times, The Wall Street Journal, and The National Law Journal.

Batista is a graduate of Bowdoin College, where he was elected to Phi Beta Kappa, and Cornell Law School. He’s proud to have served in the United States Army. Paul Batista lives in New York City and Sag Harbor, New York.

To enter the drawing for a print copy of
Extraordinary Rendition by Paul Batista,
leave a comment below. The winning name
will be drawn Saturday evening, October 4th.
This drawing is open to residents of
the US and Canada. 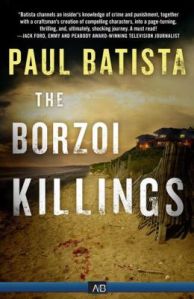 When the 10th richest man in the world is brutally murdered along with his prized Borzoi dogs in a luxurious East Hampton beach house, only one man is suspected of committing the crime: Juan Suarez, a handsome, charismatic—and illegal—Mexican immigrant who worked for the victim.

Now, renowned trail lawyer Raquel Rematti must take on the defense of the man the media has dubbed, “The Blade of the Hamptons.” Not only must she take on one of the wealthiest families in the country, she must protect Suarez and herself from ruthless people bent on lethal revenge, while straddling the dangerous line between concerned involvement and forbidden passion for her client.

Set in one of the most exclusive resorts in the world, The Borzoi Killings mixes all the twists of a sensational trial with all the “dirty little secrets” of the elite Hampton socialite lifestyles—from lavish parties, drug and sex to corruption and dangerous secret cartels.

They say a soul is the immaterial essence, the animating
principal, the actuating cause of an individual life.

But what if you had to share yours with the one person you hated the most?

The soul mate principal states that for every one soul there is another
that will recognize its match, hence creating the perfect union.

But what if you had two soul mates, which would you choose?

What if your choices had eternal ramification?

Destroyed, the second novel in the Soul Keeper Series, is a modern day
love story about the implications of having more than one soul mate, and
having to choose between the two of them. The decisions of the gods has
left the next generation, their heirs, torn between fate and reality, and the
balance of the future hangs in anticipation of what’s to come. 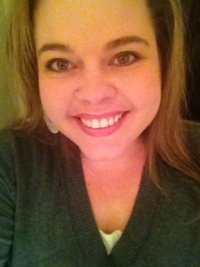 She is a CPA by trade, a church planter and entrepreneur at heart; however, writing and reading are passions she just can’t help but indulge in. With more ideas than one person should be allowed, she is blessed to have a muse that doesn’t seem to take a vacation and more energy that one might consider healthy.