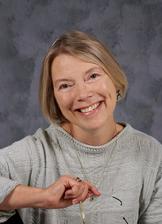 You can take a mystery writer out of the country, but you can’t take her mind off murder. Therefore, it came as no surprise to my husband that the first stop on our summer pilgrimage through the Alps was Reichenbach Falls near Meiringin, Switzerland. One of the highest and most spectacular cataracts in the Alps, Reichenbach holds special significance for mystery fans. In 1893, Sir Arthur Conan Doyle climbed the vertiginous path to the falls and, his brain no doubt starved of oxygen, he decided to kill off his fictional sleuth Sherlock Homes by shoving him over the edge of that roaring torrent. He wanted to “save his mind for better things” than cranking out crime fiction. And so he went home and dashed off The Final Problem in which Holmes confronted the fiendish Professor Moriarty at the top of the falls. Locked together in a fight to the death, they lost their footing and plunged three hundred feet onto the rocks below. R.I.P. 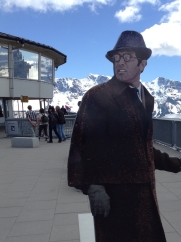 Or so Doyle hoped. But when the story was published, the detective’s fans raised an outcry. They didn’t want “better things.” They wanted their Sherlock and clamored for his return. Eventually, Doyle relented. As there had been no eyewitnesses to Holmes’ death, he was able to resurrect him more or less plausibly and he appeared in sixty additional stories. Over time, the great detective has become a cultural icon and an immortal presence in Meringin. Modern pilgrims dressed as characters from the stories visit the town regularly and participate in reenactments organized by the Sherlock Holmes Society of London.

Another immortal who faced danger at altitude is James Bond. His brush with death occurred atop the Schilthorn, an epic peak in the Bernese Alps accessible only by a series of cable cars. With its steep, ice-covered slopes and dizzying views, the Schilthorn was the perfect setting for Ian Fleming’s novel On Her Majesty’s Secret Service and in 1968, Universal Studios constructed a helicopter pad at the summit and transformed the cable car station into “Piz Gloria,” a research clinic of the criminal mastermind Blofeld. Bond, portrayed by George Lazenby, goes undercover to investigate. When his cover is blown, he skies down the perilous slopes pursued by Blofeld’s henchmen. A lone cameraman suspended by rope from a speeding helicopter captured the movie’s most breathtaking scenes. What a daredevil he was! Dangling above the abyss in an enclosed cable car made my stomach churn. 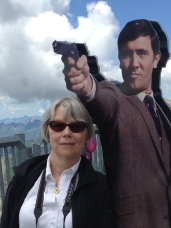 Continuing on the trail of fictional murders, we descended to the Provençal town of Grasse, famous for the manufacture of perfume and the murder of Colette de Montpellier by an assassin codenamed The Jackal. Frederick Forsyth’s The Day of the Jackal is one of my all-time favorite thrillers and the movie, directed by Fred Zinnemann, is a masterpiece of suspense. Filming took place all over Europe, but I remembered that the hotel where The Jackal met and seduced Colette was southeast of Grasse on the N85. We drove the road all the way to Cannes and back, but the hotel wasn’t there. Disappointed, I went online and learned that the hotel scene had been filmed in a dilapidated chateau near Paris. I did, however, spot what might have been the Montpellier estate where The Jackal strangled the hapless Colette and escaped in her Renault Caravelle. “Must’ve been a sweeter ride than the Renault we’re driving,” muttered my husband as he wrestled our balky rental car around the hairpin curves on our route back north. 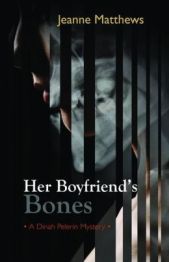 When we reached the French Alps, a real-life murder mystery stirred my interest. In 2012, three members of a wealthy British-Iraqi family and a French bicyclist were shot dead on a mountain road near Lake Annecy. The bodies of Saad al-Hilli, his wife, and her mother were found in their car with the engine still running. The bicyclist had been killed a few feet away. The investigation has gone on for two years, but the crime remains unsolved. Some speculate that the motive stemmed from a quarrel over who would inherit al-Hilli’s fortune. Others believe the motive involved the theft of nuclear secrets. Al-Hilli, a computer engineer, worked on nuclear issues in the U.K. Although the cyclist had no known connection to al-Hilli, he also worked in the nuclear industry. Quelle coincidence, as the French say.

Providing further grist for the imagination, the police have uncovered a forged will, a Swiss bank account transferred to al-Hilli by Saddam Hussein, a hidden cache of vintage weapons, the suicide of a Foreign Legionnaire who was an early suspect, and reports of a shadowy figure wearing a goatee and a bizarre helmet seen loitering near the scene of the crime. As if all this weren’t perplexing enough, it turns out that the murdered wife had a secret ex-husband who died of an alleged heart attack in the U.S. on the very same day.

In the mountains, the air is thin and the plots thick. Murder at altitude, whether fictional or real, has got to make the mystery buff’s heart beat faster.