Teenage hacker, Janus Rose, doesn’t care about the moral choices of
living multiple lives online, until the real life consequences of her
actions enslave her to the local PD’s High Tech Crime Unit, forcing
her to become the very creature hackers hate, a spook.

Jan owes the world nothing. Her father left without a word. #BIGSECRET
Her mother has progressive Multiple Sclerosis. And Jan juggles the need
to complete homework with the need to keep pizza on the table, running
the family computer recycling business. Living in an industrial park with
crappy Feng Shui, Jan’s pretty sure that the only one she can depend on is
herself. Maybe. And yet, just because she knows how to code, people seem
to think they can depend on her to save their butts and solve their crimes.

Jan does take short cuts. She skirts the shadows of what’s right and
wrong. But she has to; if she’s not multitasking then she fails out of
school, or the family loses the business, or someone dies …

Sixteen-year-old Jan Rose knows that nothing is ever truly deleted. At least, not from the hard drives she scours to create the online identities she calls the Shadownet.

Hobby? Art form? Sad, pathetic plea to garner friendship, even virtually? Sure, Jan is guilty on all counts. Maybe she’s even addicted to it. It’s an exploration. Everyone has something to hide. The Shadownet’s hard drives are Jan’s secrets. They’re stolen from her family’s computer recycling business Assured Destruction. If the police found out, Jan’s family would lose its livelihood.

When the real people behind Shadownet’s hard drives endure vicious cyber attacks, Jan realizes she is responsible. She doesn’t know who is targeting these people or why but as her life collapses Jan must use all her tech savvy to bring the perpetrators to justice before she becomes the next victim.

I have to admit to being just a bit worried in the early pages of Assured Destruction when I found myself reading quite a bit of technical jargon about computers. I’m not precisely computer-illiterate but I’m no tech-savvy geek either. Some of what Janus was up to had me doing a little head-scratching but, after a while, I got in the swing of things and, by the end of the book, I realized Mr. Stewart had actually taught me a thing or two, never a bad outcome.

Jan is the stereotypical poster child for the IT whiz (usually a guy so having the protagonist be a girl was refreshing) living in his parents basement, socially awkward, chowing down on pizza. As a matter of fact, the likeness is almost funny but, at the same time, it’s sad because the circumstances of her life have isolated her somewhat from her peers. Still, she seems to fit in well enough at school and there is no serious friction with the other kids so, then, one has to wonder why she has set up such an elaborate artificial social world. The answer to that is easy when you consider her home environment.

Jan’s strength and appeal for me lay in her high intelligence (even when she does some really dumb, unthinking things) and in her essential goodness—she has no intent to hurt anyone. I came to really like this girl but she’s the only character that I thought was well-developed. I just didn’t have any real connection to anyone else, especially the two potential love interests who, to me, were pretty interchangeable. When you get right down to it, I never felt anything about which boy would win her heart, if either, because neither was much more than two-dimensional. Funnily enough, the characters that did stand apart a little for me were her creations, particularly Heckleena and Gramps. That in itself is a sad commentary on Jan’s life, isn’t it?

When it became apparent that a serious crime was taking place, I was very surprised at the truth of what was going on although I did think it was a bit contrived because the bad guy’s ultimate goal really wasn’t necessary for the continuation of his “business”. That’s okay, though, because it still made for a good story with a few nailbiting moments and the pleasure of being alongside Jan as she figures out what to do. This is one smart cookie and she’s strong-willed, too. No wonder I like her so much and am looking forward to reading Script Kiddie and With Zombies  😉

Synopsis book 2 – Script Kiddie:
Jan Rose no longer steals data from the old computers she recycles. She doesn’t need to. As the newest member of the police department’s High Tech Crime Unit, the laptop of a murderer has landed on her desk. Her job: to profile and expose a killer.

But that’s not all.

A creep lurks in the shadows, stalking a friend, and Jan must stop him before the hunt turns deadly. The clock counts down for Jan to save her friend, her job, her boyfriend–maybe even her life. 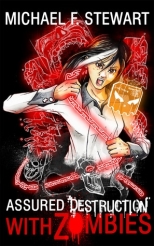 Synopsis book 3 – With Zombies:
The final book in the Assured Destruction series!

Jan Rose may already be expunged from the police department’s High Tech Crime Unit. Her mother’s hospitalized, and Assured Destruction’s on the cusp of bankruptcy. But Jan doesn’t wait on anything, she seeks out the customers who used to keep the family business afloat. That’s when everything starts to go wrong.

A computer virus–aka the Zombie Worm–threatens not only her school and Shadownet, but the entire city. A skull with a chain running through its socket links a powerful gang to her former customers, and holds the secrets to why her father left and the identity of her mother’s boyfriend.

To save her family and the business, Jan must determine who is friend and who is foe. And decide what type of hacker she wishes to become: Gray, white, or black. Not only her life hangs in the balance. 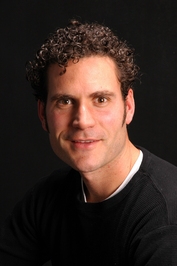 After crewing ships in the Antarctic and the Baltic Sea and some fun in venture capital, Michael anchored himself (happily) to a marriage and a boatload of kids. Now he injects his adventurous spirit into his writing with brief respites for research into the jungles of Sumatra and Guatemala, the ruins of Egypt and Tik’al, paddling the Zambezi and diving whatever cave or ocean reef will have him. He is a member of the International Thriller Writers and SF Canada, and the author of the Assured Destruction series, 24 Bones, The Sand Dragon, Hurakan, Ruination and several award winning graphic novels for young adults. His most recent project, The Terminals, has been optioned for television by Sudden Storm Entertainment.

Michael lives in Ottawa, Canada, with his wife and four daughters. He tries very hard to keep life an adventure both on and off the page. Please come find him on Goodreads.