During a winter blizzard a small girl is found wandering half-naked at the edge of an ancient woodland. Her hands are covered in blood, but it is not her own. Unwilling or unable to speak, the only person she seems to trust is the young officer who rescued her, DS Lucy Black.

DS Black is baffled to find herself suddenly transferred from a high-profile case involving the kidnapping of a prominent businessman’s teenage daughter, to the newly formed Public Protection Unit. Meanwhile, she has her own problems—caring for her Alzheimer’s-stricken father; and avoiding conflict with her surly Assistant Chief Constable – who also happens to be her mother. As she struggles to identify the unclaimed child, Lucy begins to realize that this case and the kidnapping may be linked by events that occurred during the blackest days of the country’s recent history, events that also defined her own childhood.

LITTLE GIRL LOST is a devastating page-turner about corruption, greed and vengeance, and a father’s endless love for his daughter.

When a little girl is seen barefoot in a snowy woods, Detective Sergeant Lucy Black is the one to find her and the child immediately bonds to Lucy, leading her superiors to re-assign her to the unit that deals with children in trouble, much to Lucy’s dismay. Newly transferred to Derry, she had been assigned to the unit that was working the case of a missing teenager and had wanted to be part of that case.

Lucy is also trying to cope with her father’s mental deterioration and, in some ways, that home situation becomes intertwined with Lucy’s police work. At the same time, she is working with medical and social work professionals trying to break through the little girl’s unwillingness to speak. They think her name might be Alice but no one has reported her missing and there is no response to a public appeal.

A crime from years ago, her father’s own past, this seemingly abandoned child and the teenager who may or may not have been kidnapped all seem to be random elements demanding Lucy’s attention. Making sense of it all without being part of the primary investigative unit proves to be problematic and it soon becomes apparent that she may be at risk herself.

Little Girl Lost is an interesting police procedural, partly because of the lingering effects of The Troubles but also because of the odd circumstances surrounding Lucy. She has recently been promoted to Detective Sergeant which would imply some experience and success on the job and, yet, she frequently behaves like a rookie straight out of training. On more than one occasion, she puts herself in harm’s way, and she blatantly ignores instructions from higher-ups. On the positive side, the author weaves a good tale without letting all the diverse parts get confusing and I liked learning a little more about The Troubles.

In the end, I did enjoy this first in a series and will look forward to reading the second book, Hurt.

An Excerpt from Little Girl Lost

There was definitely something moving between the trees. He’d been aware of it for a few moments now, a flitting movement he’d catch in the corner of his eye, weaving through the black tree trunks set vertical against the snow. At first he had dismissed it as the result of snow hypnosis from staring too long through the windscreen into the unrelenting downdraught of snowflakes.

Michael Mahon shunted the gearstick back into first as he approached the hill leading into Prehen. He knew almost as soon as he had shifted down that it was the wrong thing to do. He felt the wheels of the milk float begin to spin beneath him, could see the nose of the vehicle drift towards the kerb. He eased back on the accelerator, pumped the brakes in an attempt to halt the inexorable movement sideways but to no avail. He knew the wheels had locked and yet still the float shifted sideways, sliding backwards across the road, coming to rest finally against the far kerb.

Cursing, he shut off the engine and dropped down from the cab onto the road. Just behind him lay the edge of the ancient woodland stretching for several miles from Prehen all the way up to Gobnascale. Light from street lamps reflected off the snow, illuminating further into the woods than normal at this time of night. Black branches of the trees sagged in places under the increased weight of snow.

Shivering involuntarily, Michael turned his attention to the milk float again. He picked up the spade he’d left on the back for just such an emergency. As he was bending to clear the snow from the wheels he became aware once more of a movement in the woods, on the periphery of his vision.

It was cold, yet the goosebumps that sprang up along his arms and down his spine caused him to start. Brandishing the spade in both hands, he turned again to face the woods, dread already settling itself in the pit of his stomach.

A child came into the open at the edge of the trees. Her hair, long and black against the white background of the forest floor, looked soaked through, hanging lank onto her shoulders. Her face was rounded and pale. She wore a pair of pyjamas. On the chest of the jacket something was written. Her feet were bare.

When the girl saw him she stopped, staring at the spade he was holding, then looking at him, challengingly, her gaze never leaving his face, her skin almost blue from the luminescence of the snow. It was only as he stepped closer to her, crouching cautiously, his hand outstretched as one might approach an animal, that she turned and ran back into the trees. 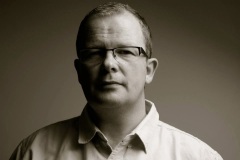 Brian McGilloway is the bestselling author of the critically acclaimed Inspector Benedict Devlin series. He was born in Derry, Northern Ireland in 1974. After studying English at Queen’s University, Belfast, he took up a teaching position in St Columb’s College in Derry, where he is currently Head of English. His first novel, Borderlands, published by Macmillan New Writing, was shortlisted for the CWA New Blood Dagger 2007 and was hailed by The Times as ‘one of (2007’s) most impressive debuts.’ The second novel in the series, Gallows Lane, was shortlisted for both the 2009 Irish Book Awards/Ireland AM Crime Novel of the Year and the Theakston’s Old Peculier Crime Novel of the Year 2010. Bleed A River Deep, the third Devlin novel, was selected by Publishers Weekly as one of their Best Books of 2010. Brian’s fifth novel, Little Girl Lost, which introduced a new series featuring DS Lucy Black, won the University of Ulster’s McCrea Literary Award in 2011 and is a No.1 UK Kindle Bestseller. The follow-up novel, Hurt, was published in late 2013 by Constable and Robinson. Brian lives near the Irish borderlands with his wife, daughter and three sons.

Catch Up With the Author: 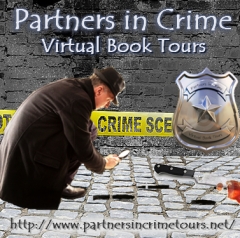