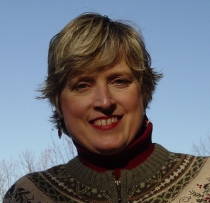 In addition to her series set on Deep Creek Lake, Lauren Carr has also written the Lovers in Crime Mysteries, which features prosecutor Joshua Thornton with homicide detective Cameron Gates, who were introduced in Shades of Murder, the third book in the Mac Faraday Mysteries. They also make an appearance in The Lady Who Cried Murder. Dead on Ice (A Lovers in Crime Mystery) was released September 2012. The second installment, Real Murder will be out in 2014.

“Where do you get your story ideas?”

“How do you come up with these ideas?”

Some readers, and a few of my relatives, think that I’ve got a twisted mind to have come up with some of my murder plots. Actually, in my own defense, I don’t always come up with the murder. Sometimes, I simply twist it around a bit.

Truth be told, often the germ of my ideas are—

Ripped from the Headlines!

Like all writers, I love stories. I like telling them, I also like hearing them. I have found that readers love to tell murder mystery writers stories about … you guessed it—murder. Often, it is a true story in which the story-teller will inject their own view of the facts.

Well, writers do the same thing. We just go further and actually write it down. Then we continue to twist and turn and stir and drain the facts until we come up with a book that more often than not, has no resemblance to what we had when we started out.

It’s a fact. Truth is stranger than fiction. Think about what you see in today’s headlines. Real people, especially those who are twisted, are much more imaginative than most writers. Good writers ask the right questions (usually, What if…) to make a great mystery out of it.

Such was the case for my Mac Faraday mystery, The Lady Who Cried Murder.  A combination of headlines had captured my attention. From The Balloon Boy father, who faked his son’s disappearance in a hot air balloon, to the media’s fascination with every move made by reality stars, whose only talent is grabbing attention.

What if, I asked, a beautiful young woman dying to be famous faked her abduction, and then, at the height of the media’s frenzy over this horrible crime, she made a grand entrance in order to catapult herself into the headlines?

It is entirely possible. Some people will do anything to become famous, as readers will find in The Lady Who Cried Murder.

Of course, the media laps Khloe Everest up because she is gorgeous. However, fame is fleeting, especially when you have no talent to sustain it. In the end, Khloe is murdered and Mac Faraday is on the case.

Something else that can be ripped from the headlines:

Anyone who is near the news can’t help but hear about the fall of one child star or teenybopper idol. Miley Cyrus twerking everywhere. Lindsay Lohan going in and out of rehab like it had a revolving door. Has-beens arrested and committing suicide or dying of overdoses. In the eighties, Corey Haim was a very successful child star, became a teen-idol, and ended up dead before he was forty.

The writer in me asked What if…

a very intelligent boy reached his peak before even reaching legal drinking age? What are the emotional effects to an extremely intelligent young man when he realizes he’ll never reach the same level of success that he had when he was a teenager?

How does it feel to be a has-been?

What would such a person do when suddenly, he is featured on the news again, only this time, it is because he has been accused of a double homicide?

Such is the case of former child-star and teen-idol Lenny Frost when he steps into a pub in Deep Creek Lake to see his face on the television over the bar with the announcement that once again, he’s wanted…

The police are looking for him for the murder of his talent agent and her husband.

How does Lenny Frost react to this sudden celebrity? He takes everyone hostage and gives Mac Faraday twelve hours to find the real killer or he’s going to kill everyone in the bar.

Like The Lady Who Cried Murder, Twelve to Murder (scheduled for release February 2014) was ripped from the headlines.

As a murder mystery writer, I don’t make up the news, I only give it a special twist from the imagination.

Two people are brutally murdered in their summer place on Deep Creek Lake.
Suspected of the murders, former child star and one-time teenybopper idol
Lenny Frost takes innocent bystanders hostage in a local pub and demands
that Mac Faraday find the killer. Can Mac save the hostages and himself from
the wrath of the enraged has-been by piecing together the clues in less than
twelve hours, or will it be a fatal last call at the stroke of midnight?

Visit Lauren’s websites and blog at:

You might win a copy of The Lady Who Cried Murder
by Lauren Carr! Leave a comment below to enter
the drawing for an ebook—there will be two lucky
winners. The winning names will be pulled
on Monday evening, January 27th.