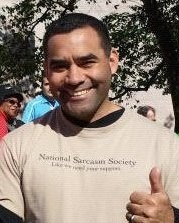 E.A. Aymar’s debut thriller, I’ll Sleep When You’re Dead, is available now through Black Opal Books. He studied creative writing under some terrific professors at George Mason University (2006 Final Four!) and earned a Masters degree in Literature from some equally terrific professors at Marymount. He has lived throughout the United States and in Europe and was born in Panama, the country with the canal or bridge or something. In addition to writing, and his beloved GMU basketball team, he’s also into crafting third-person bios that run no longer than six sentences. He is a member of the Mystery Writers of America, the International Thriller Writers and SinC, and he and his wife live with a relatively benign animal menagerie.

“This blog post is so good I want to sleep with the author.”

Here’s the thing about blurbs: they’re much more important to the writer than they are to the reader, especially for a novelist who’s just starting out. I had three goals when my debut thriller, I’ll Sleep When You’re Dead, was accepted for publication last year. The first was to celebrate wildly and maybe get embarrassingly drunk (check). The second and third goals were to establish myself in the prolific DC/MD/VA writing circles and the national thriller community (checks pending). One of the ways to do that was to get my book in the hands of established writers I admire.

I had a pretty lofty list of writers I wanted to approach and, happily, got the writers I wanted. I ended with blurbs from Michael Sears, Chris F. Holm, Lou Berney and Rafael Alvarez, all who read the book and provided blurbs, as well as encouragement. And I can’t tell you how important that encouragement was, especially in the nerve-wracking days prior to my book’s publication last November.

Anyway, all that said, here are five tips I learned about getting blurbs:

1.    Don’t Be Shy
I suck at meeting famous people, or even people I admire who aren’t famous but will/should be. I’m not shy, just awkward, the kind of guy who leaves a rambling fifteen minute voice mail after a first date. But I’ve found that people are generally nice, especially writers. You’re in the same field as they are and they’re familiar with the hardships. The worst that can happen is a polite rejection. Well, they could hunt you down and kill you. That would be the worst thing that could happen.  But it’s unlikely.

2.    Don’t Be An Ass
I can’t stress this enough. Writers are nice, but they’re also busy. So when someone tells you they’ll read your book, understand that this isn’t a promise for endorsement or a quick response. Give them a timetable in accordance with your publisher, but understand that this deadline may not be met. Send a polite reminder, but make it polite, and don’t bombard them. If it doesn’t happen, move on. 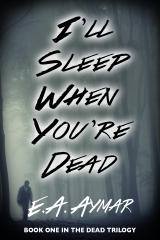 3.    Cast a Wide, Researched Net
Don’t depend on just 2-3 writers to accept your request and blurb your book. They might be busy, or they might not like it. Conversely, don’t send a blanket e-mail to hundreds of writers. Contacting about ten is a fair number. On that note, don’t fake the funk. Writers can smell a fraud, and if you send blanket e-mails to people whose work you haven’t read, they’ll know it. Do your reading (you should be familiar with writers in your field anyway).

4.    Know Your Market
One of the writers I asked for a blurb was Donna Andrews, a terrific writer of mysteries in the DC-area. She was very polite but turned me down, and explained that her work isn’t a good match for the noir-ish elements of I’ll Sleep When You’re Dead. I had known that but didn’t care, because I really just wanted to work with writers I like. But she was right. When my book came out, I realized that every element of a book frames the story. Your book is a painting, and every color in it has to work together.

5.    Be Creative
I don’t mean that you should be cute when you request the blurb; be professional. But you should consider targeting creatively. Michael Sears, Chris F. Holm and Lou Berney are celebrated mystery/thriller writers and appropriate matches for my work. Rafael Alvarez, on the other hand, writes beautiful short literary fiction and is a reporter for the Baltimore Sun (he also served as a writer/producer for The Wire). My thriller is heavily based in Baltimore, and I devoured Mr. Alvarez’s work when I first started studying the city years ago. It was incredibly intimidating to ask him to review my book for a blurb, but ultimately rewarding; he provided a lengthy and heartfelt recommendation that I’ll always treasure, and his connection to Baltimore was appropriate for the book. You may want to step even further out of that circle, and consider contacting a local celebrity who makes sense. Is your book a romance? Maybe a local advice columnist. Is it a political thriller? Try a local politician. I wouldn’t suggest getting blurbs entirely from people who aren’t writers, because the writing world is where you should concentrate your efforts, but cross-marketing can be an effective tool.

Blurbin’ gives you the opportunity to meet (or e-meet) some fantastic writers, someone to nervously say hi to when you attend conferences and panels. Readers may skip blurbs, writers may turn you down, but it’s an element of your book that is of invaluable importance. As a debut writer, it’s your connection to a larger world. It’s a welcome.