To tell the truth is legal.  To ask a person for money is legal.  But to threaten to tell the truth unless a person gives you money is blackmail, and few other crimes evoke such powerful feelings of disgust.  Some lawyers and economists argue that if it’s legal to do something, it should be legal to threaten to do it.  But by and large, society doesn’t relish the idea that someone might profit from another person’s secrets.  My next Dinah Pelerin mystery will feature a blackmailer and I’ve been reading up on the crime, and how other writers have characterized the people who engage in it.

The threat of spilling embarrassing secrets didn’t hold much sway over the aristocrats of old.  If you were a duke, it was no scandal to flog the servants or ravish the housemaids.  You were entitled.   Literally.  In 1824, when an ex-mistress threatened the Duke of Wellington with the publication of a tell-all memoir, he replied, “Publish and be damned.”  But as the 19th Century progressed and the business and professional classes grew more established, respectability came to be regarded as a valuable asset, something to be protected at all cost.  In that environment, the crime of blackmail flourished.

Generally speaking, greed is what motivates the blackmailer, although there’s bound to be an element of sadism.  Having the power to destroy a person – his reputation, his livelihood, his marriage, or even his freedom – means that the blackmailer can manipulate his victim at will.  And the consequences of exposure – whether public humiliation, marital ruin, or prison – may persuade the victim that he has no choice but to pay, and in whatever currency the blackmailer dictates, be it in money or actions.

Small wonder that blackmail figures prominently as a motive for murder in crime fiction.  The British had a particular aversion to blackmailers, especially those who tried to extort the upper class. According to the English novelist John Galsworthy, “No other act was so cold-blooded, spider-like, and slimy.  None plunged so deadly a dagger into the bowels of compassion, so eviscerated humanity, so murdered faith!”  After that denunciation, you’d think the exclamation mark would be unnecessary.  But in Galsworthy’s day, it was impossible to overstate the antipathy.

His contemporary, Sir Arthur Conan Doyle, wrote about a blackmailer named Charles Augustus Milverton, who engendered in Sherlock Holmes more revulsion that any of the fifty-odd murderers he had encountered during his detective career.  A blackmailer, he said, “methodically and at his leisure tortures the soul and wrings the nerves.”  So strong was Holmes’ abhorrence that he sympathized with Milverton’s murderer and refused to assist the police in their investigation.

That sentiment carried over into real life.  Charles Augustus Howell, the London art dealer upon whom Conan Doyle based the Milverton character, was notorious for double-dealing and used letters in his possession to blackmail a number of prominent people.  On April 21st, 1890, he was found with his throat slit and a ten-shilling coin stuffed between his teeth.  The coroner ruled the cause of death to be pneumonia and the police did not pursue the matter. 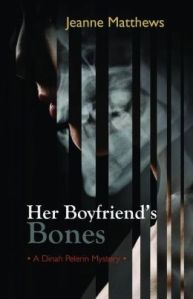 H.C. McNeile, who wrote thrillers during the ‘20s and ‘30s, describes a blackmailer as “a swine, dead to even the twinge of a decent instinct, a loathsome brute, a slimy cur.”  The hero of that story kills the said cur and tells the narrator, “I realize that legally speaking, I’ve committed murder, but from every other point of view I have merely exterminated a thing that had no right to live.”

With the liberalization of sexual attitudes, one might suppose that blackmail has become almost archaic.  But there are still secrets that matter and the concept of “shame” is not entirely dead.  Everyone has something he doesn’t want revealed, and the Internet has opened a Pandora’s box of embarrassments for blackmailers to prey upon.  Some modern victims, including David Letterman, Stevie Wonder, and Bill Cosby, have called their blackmailer’s bluff and refused to pay.  Others have followed the example of H.C. McNeile’s hero and resorted to murder.  In the news recently, the wife of one of China’s rising political leaders was convicted of poisoning a British businessman who blackmailed her son.

Most of us have experienced what psychotherapists call “emotional blackmail.”  An emotional blackmailer may be a mother or a lover or a best friend, someone who knows our vulnerabilities and which buttons to push to get what he or she wants.  We generally tolerate relational blackmail and reserve our contempt for those who demand cash for silence.

In my life so far, I have been personally acquainted with three murderers and one for-profit blackmailer.  Happily, I was not the victim.  But when I reflect on the character and overall likeability of my private rogues gallery, on balance, I tend to agree with Sherlock.