There are two inherent truths in the world: life as we know it is over, and monsters are real.

The Pestas came in the night, spreading their pox, a deadly plague that decimated the population. Kat, one of the unlucky few who survived, is determined to get to her last living relative and find shelter from the pox that continues to devastate the world. When it mutates and becomes airborne, Kat is desperate to avoid people because staying alone might be her only chance to stay alive.

That is, until she meets Dylan. Dylan, with his easy smile and dark, curly hair, has nowhere to go and no one to live for. He convinces Kat there can be safety in numbers, that they can watch out for each other. So the unlikely couple set off together through the barren wasteland to find a new life – if they can survive the roaming Pestas, bands of wild, gun-toting children, and piles of burning, pox-ridden bodies.

I haven’t often come across  post-apocalyptic or post-disaster fiction that centers on a teen alone or with just one ally; usually, it’s an older protagonist or a small group. One such series that comes to mind is Ashfall by Mike Mullin and another is the Ashes Trilogy by Ilsa J. Bick. Now, we have World of Ash from Shauna Granger and I must say I’m very glad.

We get a brief but telling taste of how life has changed for Kat in the very first pages when she agonizes over her first look in a mirror, seeing what has become of her once-beautiful hair. On the surface, this would seem to be extremely shallow considering the horrific reality she now lives in but it’s a small insight into how Kat herself is changing and how she’s walking a fine line between defeat and survival in a world gone mad.

One of the most refreshing things in the story is that Dylan is so less capable than Kat when they first meet. She’s not exactly the stalwart heroine who cannot be defeated but it’s nice that a female protagonist is a few steps ahead of the guy we’d normally see as her rescuer, her protector, her shoulder to lean on. In this case, HE needs HER even with all her weaknesses. We get to understand his vulnerability without thinking of him as weak. Still, his naivete is a bit unrealistic at times. Then again, at the tender age of 19, he wouldn’t have read as many end-of-the-world-as-we-know-it novels as I have so maybe I shouldn’t expect him to be better prepared 😉

Blue, as you’ll see, is the most endearing character of all bringing lightness and joy and pure love to what could have been a dreary existence. We should all have a Blue in time of great need.

There are a few construction flaws here and there, incorrect words and typos, and occasional plot inconsistencies; for instance, Kat and Dylan know the vicious preppers will certainly investigate the fire the two set to burn a body and, yet, they walk right past it as they head north rather than head through the woods and fields to avoid that area. Despite these infrequent failings, Ms. Granger’s story is strong, her plot is believable and her characters are engaging, whether likeable or not. World of Ash, when all is said and done, is a fine addition to the post-apocalyptic subgenre of science fiction. The ending of World of Ash is not a cliffhanger but I do hope there will be a second book. 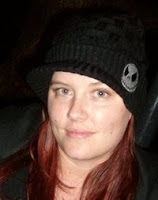 Like so many other writers, Shauna grew up as an avid reader, but it was in high school that she realized she wanted to be a writer. Five years ago, Shauna started work on her Elemental Series. She released the first installment, Earth, on May 1, 2011 and has since released four sequels, with the series coming to an end with Spirit. She is currently hard at work on a new Urban Fantasy series, staring a spunky witch with a smush-faced cat named Artemis.

Enter to win a copy of World of Ash here.

Today Danielle Ellison and Entangled Teen
are revealing the cover for SALT, releasing in
early 2014! Check out the gorgeous cover,
exclusive excerpt, and enter to win an eARC! 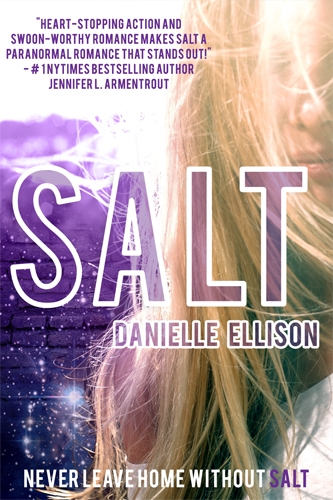 Penelope is a witch, part of a secret society protecting humans from demon
attacks. But when she was a child, a demon killed her parents—and stole
her magic. Since then, she’s been pretending to be something she’s not, using
her sister’s magic to hide her own loss, to prevent being sent away.

When she’s finally given the chance to join the elite demon-hunting force,
Penelope thinks that will finally change. With her sister’s help, she can
squeeze through the tests and get access to the information she needs
to find “her” demon. To take back what was stolen.

Then she meets Carter. He’s cute, smart, and she can borrow his
magic, too. He knows her secret—but he also has one of his own.

Suddenly, Penelope’s impossible quest becomes far more complicated.
Because Carter’s not telling her everything, and it’s starting to seem like
the demons have their own agenda…and they’re far too interested in her.

“Jealousy is cute on you, Pen.”

“Don’t call me that,” I snap, pushing my coffee away from me. “And I’m not jealous.”

He leans back on the chair. “Sure. And I don’t think you’re adorable.” I jerk my eyes up. He’s smiling. Screw this—this is so frustrating. I tap my foot under the table.

I don’t have time for this. And what is wrong with this coffee? I feel like I swallowed a fire and it’s all just burning at my stomach.

“You look sick again,” he says.

The poorly—or perfectly—timed waitress comes back with Carter’s coffee and a whole tray of drinks. Carter, obviously, flirts again. I don’t know if he’s doing it to get a reaction out of me, but I’m not going to give him one. I watch him and say nothing, but the whole time it feels darker inside my head and my stomach whirs. It’s more empty, and more full, and unsettled at once. The waitress turns to leave a when it happens.

The waitress coughs, as if she suddenly can’t breathe, and trips. She flies across the air. The tray spills all over a table of four. I gasp, horrified. Another waitress grabs her by the waist, trying to give her the Heimlich. The waitress coughs out the gum. She’s crying hysterically, apologizing to the customers dripping with water.

The weirdest part? As soon it happens, all the fury that was building up inside of me disappears. It’s calm again, normal. The change is so sudden that my fingernails dig into the table. All I can hear is the waitress’s cry.

“I don’t know what happened,” she sobs over and over again. I close my eyes. Everything inside me is completely still. No storm, no clawing, no emptiness or fullness. In fact, I’m suddenly starving.

Carter’s looking at me when I open my eyes. There’s something unsettling in his gaze, something suspicious.

“I gotta go,” I say. He starts to say something. I don’t stay long enough to find out what it is.

Somehow I just did magic. 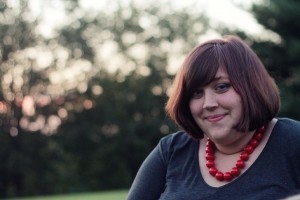 Danielle Ellison is from a small town in West Virginia. She spent her childhood pretending to fly and talking to imaginary friends. When she grew up, she finally flew away (in an airplane) and started traveling the world. She hasn’t stopped yet, but someday she may decide to settle in one place. Her real life friends would definitely like that; they would probably also like if she stopped talking to her characters out loud.

SALT comes out in January 2014, and then its sequel. In October 2014, FOLLOW ME THROUGH DARKNESS (book one of the BOUNDLESS Trilogy) comes out. She’s got a busy few years!

Enter the Rafflecopter drawing
here for an E-ARC of SALT.